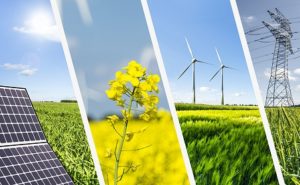 Energy is the basis for all human progress and the single most valuable resource for social activity. The non-renewable energy is in danger of running out. The decline of fossil fuels with no immediate solution to replenish, it pushed people to seek a new source of energy that is renewable, efficient, and eco-friendly.

It is crucial to conserve and assess the accessible resources to consolidate the economic feasibility of under-deployed renewable technologies. Alternatives are at hand that can offer promising solutions for sustainable energy. These technologies are fuel cells, batteries, supercapacitors, photovoltaics, solar cell devices, solar hydrogen, and biofuel production methods.

Photovoltaics or commonly known as Solar Cells which captures the sunlight photons, harnessing and converting it into electricity. With this, it is an advantageous and environmentally friendly substitute for fossil fuel as the primary energy source since the sun’s energy would never run out. Thus, it is renewable at absolutely no cost.

With no greenhouse gas emissions released into the atmosphere, it will lessen the decrease of carbon dioxide levels in the air. It is a significant energy source in the move to clean energy production. With its ability to harness the sun’s energy without causing air pollution makes it more promising.

Energy comes from multiple forms taking in radiation, nuclear, electrical, potential, kinetic, and more. It needs to be stored when the time demands its usage, and that is where energy storage comes in. Energy storage is a device that saves energy; it is called generally as an accumulator or battery. It captures the energy produced and using it at a later time.

Energy storage is the key to a future of renewable and unpredictable power. Eco-friendly storage needs to exist in order to store the green energy amassed from solar and wind power. New storage systems are in places such as gravity-based systems, liquified air, and hydrogen flow (Redox) batteries for commercial and environmental reasons.

Supercapacitors are frequent these days in solar panels and hydrogen fuel car batteries. The use of activated carbon as a material used in storing energy is expensive and unfeasible. The existence of supercapacitors in today’s age made it possible to find a cleaner and efficient alternative to activated carbon electrodes.

Utilization of supercapacitors will not pollute the soil when disposed of, and it will cost half as much as activated carbons. With this technology, it will decrease the cost of manufacturing supercapacitors and promote a green solution to a continuous problem with environmental contamination.

The rapid growth of renewable energy sources presents an imbalance in energy storage. One promising course of action to this dilemma is the hydrogen energy storage. Hydrogen Energy Storage involves the process of electrolysis, in which an electrical current passed through a chemical solution that separates the water constituents into oxygen and hydrogen, respectively.

The hydrogen, once separated, can be used in stationary fuel cells for power generation. Hydrogen as a flexible energy medium and the availability of progressive technology to produce gas is available. For more systematic and cleaner conditions, scale-up hydrogen generators need to exists.

Hydrogen is high in energy, and it is the simplest element. A hydrogen atom consists of one proton and one electron. Fuel cells transform the energy produced by hydrogen through a chemical reaction with oxygen. Fuel cells and batteries are often compared to each other since both convert the energy produced into electric power. However, as long as there is fuel at work, fuel cells will never lose their charge.

Converting natural gas into hydrogen is mostly done because of the availability of natural gas. But also because natural gas is a bit easier to store than hydrogen, but it turns out to be inefficient and costly. In line with that, fuel cells present itself as a promising technology in providing electricity for building and source of heat.

Through the process of boiling water to create steam, in turn, spins the turbines to produce energy. Nuclear reactions, geothermal heat, direct sunlight, or burning of fuel can become sources of heat to boil the water. Considering this manageable process, it could alleviate the world’s energy problem that we are currently facing.

To transition into a more sustainable future renewable energy technologies should be genuinely developed and harnessed. Economical, cleaner and more dynamic energy technologies have, to a small extent, motivates the development of new materials. And from an energy-storage perspective, exciting events can be seen emerging from the fields of rechargeable batteries and hydrogen storage.

Agnes Luna is a freelance writer and content editor. She equips herself with a word count tool to prevent herself from over-using certain words. Her works focus on the environment and humanity. She is also interested in invention and innovation that helps nature and wildlife. 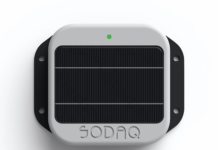 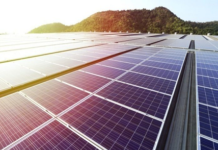 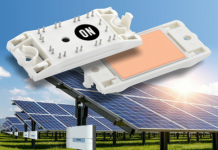 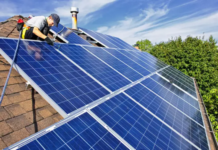 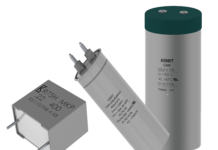