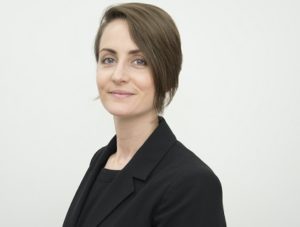 Correct product selection is imperative to ensure LED performance and lifetime. Jade Bridges, Electrolube’s Global Technical Support Manager, highlights the use of LEDs in various environments and introduce how to specify appropriate protection under such conditions.

LED applications are becoming increasingly more diverse; design requirements, location or the function of the product are all elements that prove the challenges that face LED designers are continually evolving. LEDs, like most electronic devices will perform well until external influences start to deteriorate performance. Such influences can include the electrostatic attraction of dust, humid or corrosive environments, chemical or gaseous contamination, as well as many other possibilities. It is therefore extremely important that the end use environment is considered in detail to ensure the correct products can be chosen.

The LED lighting market is expected to grow into a $70 billion industry by 2020, taking a 70% market share in just 5 years (Forbes). This growth is attributed to the advantages LEDs offer over traditional lighting forms in terms of adaptability, lifetime and efficiency. It is therefore easy to understand why LED lighting is being used in a vast array of applications including domestic lamps, industrial lighting for factories, lighting for marine environments, architectural lighting and designs, to name just a few.

Comparing the environmental conditions in a standard architectural lighting application with that of a marine environment can help us to understand the potential causes of LED deterioration.

In an architectural lighting application, it is possible that the LED itself is covered due to the design of the unit, or that the orientation of the LED is such that it is only likely to be exposed to general changes in ambient temperature and humidity. In a marine environment, it is possible that an LED light may be splashed or immersed in salt water and in all cases, it will be in a salt mist environment for the majority of its operating life.

Conditions with high salt can cause corrosion on PCBs and thus dramatically reduce performance much faster than general conditions of varying humidity. Typically, conformal coatings and encapsulation resins are used to offer a high level of protection in each of these environments.

Conformal coatings are thin lacquers which conform to the contours of a PCB, allowing good protection without adding any significant weight or volume to the board. They are typically applied at 25-75 microns and are easy to apply by spraying or dipping techniques. For protecting over the top of LEDs, it is crucial that the coating used has good clarity and that it remains clear throughout the lifetime of the product in the desired environment, i.e. the coating may be required to have good UV stability if the product is outdoors. Thus, the best type of conformal coatings are based on acrylic chemistry, offering both the clarity and colour stability combined with excellent humidity and salt mist protection.

Typically, acrylic conformal coatings are solvent-based products, where the solvent used is a carrier fluid to allow a thin film of resin to be deposited on the substrate. The solvents used are classified as VOCs (Volatile Organic Compounds); as this solvent is only present on the LED for a few minutes during the application stage, it is not considered a long term issue for most systems. In some cases, LED manufacturers do have specific requirements regarding the use of products containing VOCs, as well as other specific chemicals, and these will be listed in the LED literature. In general, a chemical compatibility check will assist in confirming if a solvent-based conformal coating is suitable for use with the desired LED; conformal coating manufacturers such as Electrolube can assist with such testing.

The thin and thick coatings referred to above represent the typical minimum and maximum thickness that conformal coatings are applied, i.e. 25 and 75 microns. By applying such a thin film, the colour temperature shift is minimised and in turn is manageable within the same boundaries given by the LED manufacturer (as indicated by the red lines on the graph). In an ideal world, conformal coatings would be applied to all LED applications due to their ease of application, minimal effect on volume and weight of the unit, versatility in use and finally, their effect on colour temperature shift. As we all know, it is often not possible to have one solution for all applications, however. Conformal coatings offer an excellent level of protection in humid and salt mist environments, as shown above, however they do not provide the highest level of protection in environments with frequent immersion in water, chemical splashes and also corrosive gas environments. It is in such situations that we advise the consideration of an encapsulation resin to offer the increased level of protection.

Encapsulation resins are also available in a number of different chemistry types, including epoxy, polyurethane and silicone options. Typically epoxy resins offer tougher protection in terms of mechanical influences but they do not offer the flexibility of the other chemistries, which can lead to problems during thermal cycling, for example. In addition, standard epoxy systems do not offer the clarity and colour stability of other systems. Silicone resins do offer excellent clarity and also perform well in temperature extremes, whereas polyurethane resins offer a combination of good flexibility, clarity and a high level of protection in harsh environments. Graph 3 shows the difference in clarity of the three resin chemistry types by examining the colour differences of the resins after 1000 hours UV exposure, thus highlighting the stability of each resin in outdoor conditions. It is evident that the silicone and polyurethane resin outperform the standard epoxy system in this case.

Comparing the performance of various products in harsh environments can also highlight preferential product choice based on the end-use conditions. For example, Graph 4 illustrates the effect of corrosive gas environments on an acrylic conformal coating, a polyurethane resin and a silicone resin by examining the % reduction in luminous flux of the LED after exposure to a mixed gas environment. These results clearly illustrate the importance of choosing the correct product for the environment. Although the conformal coating does not deteriorate in terms of its surface insulation resistance in a corrosive gas environment, it is not an adequate protection for LEDs as it allows the gas to pass through the thin coating and penetrate the LED, thus degrading its performance over time. A similar effect is also seen with the silicone resin, however in this case, despite the protection layer being considerably thicker (2mm vs. 50 microns) the gas is still able to pass through the resin and affect the LED. When you compare the result of the silicone resin to the polyurethane material it is evident that there is a difference in performance exhibited by these two chemistry types as the silicone resin is permeable to the gas whereas the polyurethane resin at the same thickness, is not. In such cases, an optically clear polyurethane resin, such as Electrolube UR5634, would be the most suitable protection media to prevent the corrosive gases from adversely affecting the LED.

Polyurethane resins have been highlighted as suitable resins for the protection of LEDs in a number of different environments, In addition, they can also be adapted to offer additional benefits, such as pigmented systems used for covering the PCB up to, but not over, the LED. Such resins are used for protection of the PCB, offering an aesthetically pleasing finish whilst adding to the performance of the luminaire by reflecting the light off the PCB and increasing light output. There are also specialist resins that can be used to diffuse the light from the LED. Resins such as Electrolube UR5635 can offer two solutions in one; protection from the surrounding environment and diffusion of light, potentially eliminating the need for diffuser covers and caps.

Encapsulation resins clearly offer a high level of protection in a range of environments and can be tailored to suit application requirements either by choice of chemistry type or by adaption of the formulation of a particular resin. It is important to return back to the subject of colour temperature shift, however. Earlier in this article we discussed the minimal effect on colour temperature exhibited by thin film conformal coatings. When comparing the thicknesses of conformal coating to encapsulation resins it is evident that part of the increased level of protection that resins offer is due to the ability to apply a much thicker layer. Resins can be applied at 1-2mm or at much greater depths, however this depth will also have an effect on the level of colour temperature shift observed.

This article has discussed the various considerations required when choosing protection for an LED system. Evaluating the environment is essential to successfully specifying a product, both in terms of end-use performance and suitability for production processes.

Conformal coatings offer the best combination of ease of application and incorporation into the design, with an excellent level of protection in humid and salt mist environments. They also exhibit the lowest effect on colour temperature due to the low thickness applied.

When conditions become more challenging, the switch to encapsulation resins is advised. In this case, the choice between chemistry types will be dictated by the end-use conditions and particular environmental influences.

In addition, the thickness of resin applied should be considered to ensure sufficient protection is achieved whilst minimising the effect on colour temperature shift where possible.

By ensuring efficient heat dissipation and protection from external environments, the efficiency and lifetime of LED systems can be increased. LED systems can now also be used in a wider range of environments and by offering LED designers support through considered material development, Electrolube are continually providing support for this ever evolving industry. 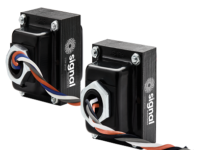