Techniques employed to improve the fidelity of speaker design 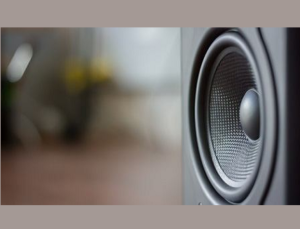 Many modern designs feature active electronics where the audio amplification takes place within the cabinet. This concept yields several advantages over a traditional passive loudspeaker design.

The use of electronic crossover filters at the input, to split the incoming audio into distinct frequency bands,  avoids high voltage wound components that sap energy from the amplifier at the output end, making the system more efficient than its passive counterpart. The response of these active filters optimized to a particular driver remains unaffected by changes in impedance of the driver as its voice coil heats up, making this a more accurate system also.

The signals output from these electronic filters are then input to separate audio amplifiers feeding the drivers (a pair in the case of a 2-way design- one for each driver) this offers further advantages in that these amplifiers are working within a limited bandwidth, reducing intermodulation distortion.  Class D amplifiers are often utilized, featuring digital signal processing, as both a means of driver protection and sonic enhancement.

There are a plethora of high-quality audio integrated circuits ICs available, many feature in-built digital signal processing DSPs as “system on chips” SOCs.  Affording the designers flexibility in the placement of various features; conversion, processing, and communication to optimize the functionality and fidelity of the design further. Wireless connectivity makes use of high-quality streaming services available, such as Spotify Connect and Apple Airplay 2, and enables units to connect for multi-room enjoyment.

With low quiescent (standby) current and high-efficiency, Class D amplification has, for many years, found use in systems where size, weight, and efficiency are all critical factors.  Due to the high frequencies generated within the amplifier (RF) and the inability to control the excursion of the speaker cone (damping Factor), this class of amplifier has mostly featured in designs where sonic clarity comes second to these other factors. Operating as switches, the amplifying devices (Transistors) turn entirely off or on dependent on the incoming audio signal.  The speed with which these devices switch (slew rate) and the device’s low ON resistance all contribute to the efficiency and sonic clarity of the design. MOSFETs traditionally have enjoyed widespread use in such systems, as they exhibit these qualities.

Recent innovations in transistor technology, namely the use of Gallium Nitride GaN devices, has enhanced the sonic capabilities of this class of amplifier further, enabling it to rival more closely its linear counterpart.  In the case of the active speaker, the use of DSP, integrated into the design and matched to the driver’s response, can provide further consistency both in terms of clarity and protection from abuse.

Listening rooms feature many different materials and surfaces. The way these interact with the incumbent sound waves vary with frequency and the surface with which they come into contact.  The sound waves reflect, collide, and are absorbed chaotically. Specific frequencies, boosted by constructive interference, create peaks (nodes), others attenuated create troughs (antinodes).  The effect, known as comb filtering, results in the listener perceiving a “Coloured” version of the audio content. Depending on his or her position within the room, boundary effects can further exacerbate this problem.  Digital room compensation aims to mitigate these effects, using DSP to tailor the speaker’s response to a given room. Initially, the room’s response to a range of frequencies is measured. A spectrum of frequencies, known as pink noise, reproduced through the speaker, is analyzed using a reference microphone.  This microphone, placed in the listening position, shows the room’s response to this range of frequencies. The data generated is used to create digital filters – effectively reducing the room’s response. The process, spectral analysis, is used in recording studios along with sound treatment to flatten the response of their control rooms and ensure what the sound engineer hears is an accurate picture of the reproduced audio.  Digital signal processing, a common feature within an active design, facilitates this option to be part of the feature set. Stand-alone units are available where this isn’t the case.

The cabinet design, pivotal to the performance of the loudspeaker, represents the highest manufacturing cost. A well-designed cabinet offers a rigid support for the drive units and does not respond in any way to their vibration. The baffle, which is the front face of the cabinet, is often made of thicker material to aid this rigidity further.  Within the mounting area of the bass units, bracing is usually employed; this raises the resonant frequency of the cabinet material in these areas, thus reducing the likelihood of sympathetic vibration and the cabinet itself contributing to the reproduction and being “heard.”  The sound coming from the rear of the bass drive unit, out of phase with that of the front, is often phase-shifted using a suitable chamber and ducting, and then added to the sound emanating from the front. Some futuristic cabinet designs feature reverse conical shapes, positioned behind the drivers, to reduce these unwanted out of phase signals from the listener. The addition of a precisely constructed tube, mounted on the baffle within the bass chamber, can allow resonance at low frequencies and extend the speaker’s bass response. The use of these extension tubes can give a small speaker a bass response disproportionate to its size. An active design, with built-in signal processing, can optimize this response further.  Many hours of research and development go into cabinet design; the development cost of a hi-performance example can run into many thousands.

A dynamic loudspeaker, the most commonly encountered low-mid drive unit, utilizes a permanent magnet, a voice coil, a frame or basket, and a speaker cone. The amplifier’s output, an electrical signal, is converted, by the interaction of the magnet and voice coil into the motion of the speaker cone. This motion (excursion) interacts with the air mass immediately in contact with the cone, thus recreating an acoustic representation of the original electrical signal.   The materials used in constructing dynamic drivers vary – neodymium is often used for the magnet material and aluminum for the basket or frame.  The materials used in the construction of the cone also vary, historically paper, aluminum, and ceramic materials, or combinations of these have featured.  Recently, aerospace materials with golf ball textures, to smooth the passage of air as the cone moves, have been employed. The cone must be rigid across its surface, so as not to introduce distortion to the incumbent waveform, but also light, so as not to introduce inertia- which would add further distortion. The impedance of the voice coil, an inductive wound component will vary with frequency, which will present a different load to the amplifier and passive cross over filter throughout the frequency spectrum—a challenge for the designer, of less significance in active systems.  High-frequency drive units (tweeters) are often also dynamic drive units, constructed with materials chosen to optimize their high-frequency response. Synthetic diamonds, grown in 1,500˚C ovens, are sometimes used in the construction of the dome (cone) of such tweeters.  Such cones are incredibly light and rigid, so they can push air around effectively without warping. They are, however, expensive to produce.

The second most common high-frequency drive unit encountered is a ribbon tweeter. Offering numerous sonic advantages over its dynamic counterpart, the ribbon, an ultra-thin metal diaphragm, suspended in an electromagnetic field is so light and thin, it can respond instantaneously to the tiniest fluctuation in the signal. The ribbon tweeter can reproduce a very detailed, articulate picture of the high-frequency content. Due to its construction, this type of tweeter is susceptible to damage and possesses very low impedance – sometimes necessitating a matching transformer to match it to the amplifier.  Worthy of mention is the electrostatic design.  Sharing similarities with the ribbon tweeter, this design sandwiches an ultra-thin metal foil diaphragm between two electrically charged grids.  One diaphragm reproduces all frequencies, as it is both thin enough to respond to high frequencies and has a large enough surface area to reproduce bass frequencies.  Electrostatic speakers are capable of extreme clarity and fidelity, and, provided they are placed carefully within a room will be less affected by the room’s acoustic properties. They are ostensibly flat and don’t have an enclosure as such, allowing them to be part of the room’s architecture.  They are, however, fragile and prone to damage from overload.

Active designs featuring multi-room and streaming capabilities are becoming more popular within the domestic audio sphere. Utilizing the many high-quality audio ICs, DSPs, and SOCs now available, digital room compensation and driver control, a small speaker can achieve a sound that fills a room, and a bookshelf one sounds incredible.  This architecture allows the designer control over many important parameters and features, as well as their placement in the analog/ digital domain. DRC, choice in the use of driver unit, and protection are all optimized in such a design with reduced cabling, providing added aesthetic advantages. 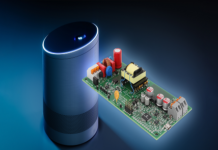 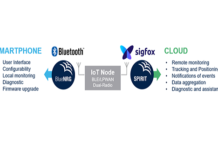 DUAL RADIO CONNECTIVITY: Best of Both Worlds in IOT 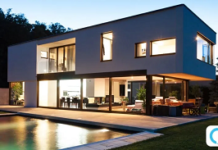 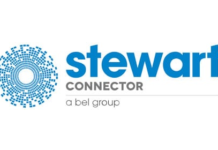 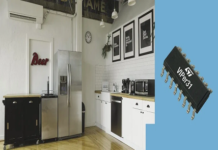 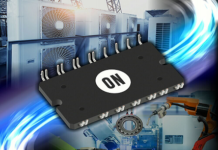