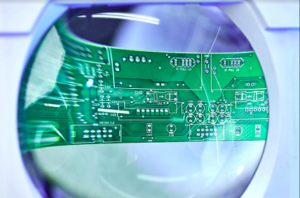 Transistors have been a staple component in many electronics and have been around for over 70 years. They would not have their current computing power if it were not for their continuous development and improvement.

However, it is believed this development could face a limit to the amount that bulk material transistors can scale down to via top-down approaches based on Moore’s Law, which observes that the number of transistors in a dense integrated circuit doubles about every two years.

So an alternative approach is to make them smaller–build nanosized transistors atom by atom via bottom-up methods. Such approaches enable transistors to be created that are nanosized, and because nanomaterials are very efficient materials, it has meant that small and effective transistors have been realized.

The Need for Transistor Improvements

The need for constant innovation toward increasing electronic devices’ performance, coupled with simultaneously reducing their size, has meant many components have had to be made by more advanced manufacturing methods and with advanced materials. In some applications, smaller transistors mean that more of them can fit into a given area, amplifying the device’s electronic signal and making it more effective. Compared to other approaches, the concept of simply miniaturizing transistors to gain better more performance is a simple one, but implementing it practically is much more challenging.

There are not many ways to achieve such high degrees of miniaturization and performance improvement, but one way that has shown a lot of promise is nanomaterials–even though it is still in its infancy from a commercial perspective. The excellent electronic properties, responsiveness, ability to interact with other systems, high stability (including thermal stability), and their inherent small size have meant that nanomaterials have become an excellent choice for building the next generation of transistors. Moreover, the bottom-up nanofabrication methods available nowadays means that many of these small transistors can be created and integrated into chips and circuit boards.

Multiple types of transistors have been created using nanomaterials. However, the field-effect transistor is one that is often seen because of its versatility and compatibility with devices that have started to use nanomaterials in their core design. One key example is sensors. Although nanosensors do not need to be transistor-based, a lot of them are (and many act as field-effect transistors) because the electrical and surface properties of nanomaterials mean that their electronic properties are altered when a molecule binds (molecular sensing) or when there is a change in the local environment (temperature, humidity, etc.) or an induced strain.

The interaction with nanomaterial FET-based sensors and the target of interest changes the electrical signal, which corresponds to a readable output. Because nanomaterials used in FET-sensor applications have high electrical conductivities and charge carrier mobilities, the sensing response is often much better than other FET-based sensors. One common example that shows a lot of promise is graphene, especially for its versatility and electrical properties and graphene-based FETs have been developed for several applications―including very specific applications such as detecting SARS-CoV-2 viral strains during the COVID-19 outbreak. The improvements made in terms of sensitivity and size of these sensors, means the impact of nanotechnology in these applications has been great so far.

Another key example is circuit boards, and the size of nanomaterial-based transistors plays a significant role here. Circuit boards and processing components within computers rely heavily on transistors to change and amplify electronic signals. The more transistors per unit area on a chip in a processor, the faster it is―which leads to an overall increase in performance and computing power. The ability to create nanosized transistors means that more transistors can be integrated per area, improving the chip’s performance―especially when the nanomaterials used are highly conductive, such as carbon nanotubes (CNTs). Because they can be built from scratch atom by atom, they can be integrated into chips in a customized way to be compatible with the usual architecture of the chip and the different components within a device.

Developers have been working toward creating transistors that are not only more effective at amplifying and changing an electronic signal, but also transistors that are smaller than the status quo. At this scale of nanoelectronics, not many materials can deliver on both of these aspects, but nanomaterials have been one such fruitful option. The electronic properties and inherent miniature size coupled with the stability of nanomaterials has enabled more advanced and smaller transistors to be created. The focus here has been on a couple of the more prominent, commercially viable, and useful application areas―such as FET sensors, integrated circuit (IC) chips, and circuit board real estate. But many more applications are being looked at in which nanotechnology semiconductors could become a commercial reality in the future. 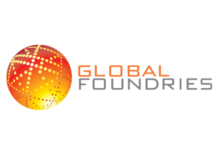 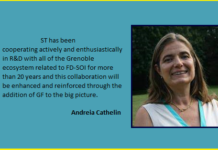 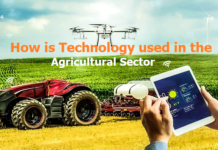 How is Technology used in the Agricultural Sector? 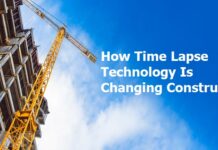