STMicroelectronics has been serving the smart card industry for more than 30 years. ST offers a vast portfolio of technologies and solutions in payment technology and secure solutions dedicated to the smart card banking market and the mobile transaction market. The semiconductor giant supports all current applications we are using today including banking cards, SIM cards, transport cards, eID cards. In today’s connected world security has been the foremost priority. According to The World Semiconductor Trade Statistics (WSTS), ST has secured 3rd position in the secure MCU supplier list and holds 1st position for the supplier of the e-sim consumer.

In a Virtual Press Briefing on ST’s Payment Solutions, Jerome JUVIN, Head of Marketing and Application, Secure Microcontroller Division, STMicroelectronics has shed light on how the company has been supporting the current and future payment solutions. Focusing on the Asian market, he shared various offerings and technologies ST had for the banking and mobile transaction market. Below is the excerpt.

How smart card banking has been evolved so far and what is the present scenario specific to Asia?

Jerome Juvin:  When we talk about evolution in Banking cards, Magstripe has been there for a very long time and still banks use this technology. But over the past 20 years, to address fraud with higher security banks have been deploying microchips into banking cards. This deployment of microchips into banking cards has been key for the overall payment industry. It takes quite some time because a large infrastructure has to be put into place and customers get acceptance. All this market development allows the introduction of new technologies such as contactless technology, and NFC both in banking cards and mobile devices.

Asia represents a significant market for banking cards, roughly 40% of worldwide TAM, with migration from contact to dual interface confirmed in all countries, with a certain level of penetration already. This migration is fully confirmed in the Asia Pacific. What is specific about Asia is that although the traditional payment schemes like VISA, MasterCard, AMEX, Discovery, and JCB are being used, most of the countries are also operating local payment schemes. In Southeast Asia, due to the fragmentation of the market and the number of countries, we can see a large number of domestic schemes, which needs to be taken into account to support this market.

What is ST’s position and offering in this market?

Jerome Juvin: For payment, ST has shipped roughly more than 5 billion smart card ICs. We are among the Top 3 IC vendors. We are growing well especially following the introduction of our latest product ST31P, the 40-nm technology dual interface which is being used now by a large number of customers. ST offering is based on 3 pillars. The first one is the ST31 hardware platform, then we add the JavaCard OS, and various payment Applets which are required in different countries under the brand name of STPay-Topaz. That is for the traditional dual interface business. We are leveraging the STPay-Topaz to address the biometric market. We are adding some MCUs, leveraging the worldwide-known STM32 MCU, and working with partners providing fingerprint sensors to provide a complete solution under the brand name of STPay-Bio. We also work with partners for the Inlay and the module.

So ST’s offerings include ST31 hardware platform for which we have developed excellent RF performance, leveraging the experience ST has in the RF and NFC fields. This RF performance is very important to ensure interoperability and fast transaction time, both of which contributed to the user experience. Obviously, the product is compatible with certification body requiring the right level of certification and security like EMVCo & CUP. It is a product fully developed by ST with ST technology embedded flash 40-nanometer. STPay-Topaz is basically the ST31 hardware together with JavaCard OS, through which we not only support worldwide payment schemes, but also domestic payment schemes, which are important for Asia to access the fragmented market of all the different countries. For STPay-Topaz-Bio, we are leveraging the ST payment platform, STM32 MCU to bring an optimized solution in terms of BOM, power and performance to develop the most cost effective solution for this market.

How NFC technology introduction has changed the mobile transactions?

Jerome Juvin: The introduction of NFC and in particular, the secure element to mobile devices has been quite disruptive, creating a lot of opportunities for the ecosystem, mobile network operators, mobile device manufacturers, technology providers, FinTech and application developers. We can see there is a great acceleration here in terms of acceptance of new technologies and new ways to pay, which also creates a great opportunity for ST. First of all, it brings an addressable market of 1.3 Bu smart phones and wearable. Most of them will be attached to NFC technology. As of today, roughly worldwide 55% of smart phones are attached to NFC and secure element technology. 90% of the high-end smart phones are attached with NFC technology.

Tell us about STPay-Mobile and what are its target application areas?

Jerome Juvin: STPay-Mobile was launched in February during Mobile World Congress in Shanghai. It is basically a cloud-based platform provided through a partnership with a local Chinese company called SNOWBALL.

STPay-Mobile has been developed to provide payment, transport, access control, and car key services. The services required
by phone manufacturers are to provide added features into their
wallets, so the users can load their existing contactless cards
into smartphones.

Transit and mobile payment accelerate a lot especially as a side effect of COVID and hence these two applications are the growing faster. I believe access control will be the next phase as it has started already.

What are the emerging trends related to payments in the region & worldwide especially in the past year and what are the market predictions for 2021?

Jerome Juvin: I think that was addressed in the presentation. Let’s split it into two parts, the banking payment and the mobile payment. For banking payment, I think the largest trend we have seen today is the migration from contact to dual interface. That migration started a long time ago, but now it has been significantly accelerated for the user convenience of making contactless transaction, but also because there is a large infrastructure in terms of point of sales terminals which are now available. I think for banking cards right now, this is the biggest trend, which is the migration to the dual interface. This is what actually keeps the TAM growing for traditional banking cards. Even though as mentioned earlier traditional banking cards was slightly impacted as the side effect of the COVID, if we take outside of the side effect of the COVID, the banking card market is continuing to grow slightly and the migration to dual interface is one of the effects.

Then the second trend for the banking card is also biometrics. It is mainly driven by the user experience, and it is also driven and influenced by mobile phones because now in your mobile phones, you use your fingers to authenticate or confirm a payment. For traditional banking institutions, they do see an opportunity because customers are used to using their fingers in their mobile phones and they want to repeat this experience on traditional banking cards. I think there are also some concerns some of the customers use less banking cards in favour of mobile phones. The second trend is again the side effect of the COVID, where the contactless transaction is giving a better experience. With the fingerprint, you may also have ways to authenticate the right user at the time of payment while also bringing additional security. Even though there are challenges in biometrics because the cost of the solution is higher since you have more chips in the card. But we do see it as the next trend which is being accelerated for the banking cards.

For mobile payment, I would say in China, QR code is very well established with WeChat and Alipay. We believe that it will remain and will continue to be like this even though contactless payment is already well-deployed and can be used. But I think WeChat and Alipay in China introduced a user experience which is well appreciated by users. So we do think such a trend will continue. But outside of China like North America, Europe, even South Asia, contactless payment using NFC like ApplePay, GooglePay and SamsungPay are widely deployed now. The penetration of these ways of payment with wallet using NFC is going to continue to grow. This is a very good opportunity.

How 5G will impact the payment industry?

Jerome Juvin: Concerning payment, I think 5G will help to improve network stability, network robustness, and network coverage, so that will benefit the payment applications like we see in China such as WeChat Pay, Alipay, or PayTM in India, because these applications require network presence to make a transaction. This is one of the drawbacks compared with NFC. With NFC, you can do a transaction offline, you do not need to have the presence of network. But for payment transfer or payment in-store, the presence of the network is required. So I believe 5G will benefit those new ways of payment and money transfer as well. With better coverage, 5G will also increase the adoption of smart phones. As we know, all the NFC technologies are firstly adopted on smart phones, especially on high-end phones. As 5G technology is becoming more popular and being adopted widely, of course it drives the adoption of smart phones. When given more smart phones, it also creates opportunities for more NFC-enabled phones. 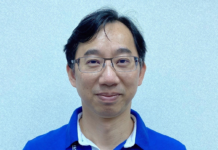 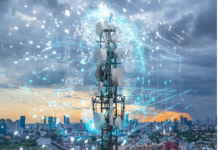 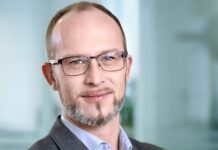 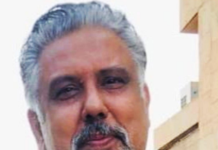 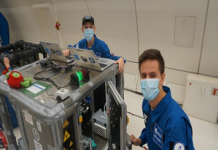