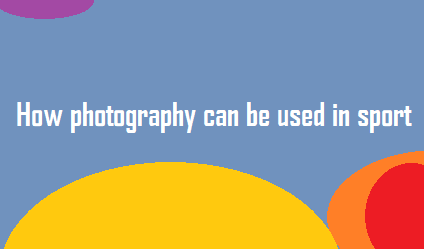 Even though sports have been around for thousands of years, photography has only been around for a relatively short time at just over 180 years. Two inventors were separately credited with inventing the precursor to the modern camera, Frenchman Louis Daguerre and Englishman Henry Fox Talbot, both in 1839. Before then, there were all sorts of proto-cameras invented including the camera obscura which dates back to ancient China.

Humans have always been interested in recording life in both still and in movement which includes the rotoscope, with one of the most famous ones of a horse galloping by Eadweard Muybridge in 1878. Advancements like this and others such as the projector led to advancements in both film and photography and to the amazing technology that we see today.

Photography in sports is very important because it not only captures historic sporting events but can also be used as a decider in a given sport. Many sports such as horse racing, cricket, tennis, and rugby use video and photography to thoroughly determine an outcome and/or if a decision made is correct or not.

The importance of photography in horseracing

When interest first developed in horseracing, winners were determined by the human eye as to who crossed the finish line first. This can be unreliable especially if it is a dead heat like the horse racing at Belmont Park often had. Horses would be neck-and-neck crossing the line and it could be impossible to tell who the winner was.

The advent of reliable cameras in later years led to the term ‘photo finish’ where judges could accurately determine which horse crossed the finish line first. This is especially important for both owners and punters as there can often be a lot of money riding on these races. One can imagine the arguments that would have occurred years ago over the outcome of a race, simply because the technology wasn’t available to precisely determine the ultimate winner.

Other sports that use camera technology

Cricket also uses cameras to its advantage when making important decisions. A player may be inside the crease when the wicket gets knocked and it may be too hard for an umpire to decide if the player was in or out.

Tennis benefits from this as well; the ball may be in or out or on the line, leaning either way, and the umpire would not be able to tell. Cameras have long since put an end to these problems, and many games have been decided based on photography’s reliability to accurately capture what has happened if the umpire or judge is in doubt of the outcome.

Photography in sport is not just about being able to determine results. Since its viable inception, photography has been used for sports all over the world to capture epic moments that would only exist in memory and possibly be lost in time. Drones are now being used to film and photograph events from overhead such as car racing, motorcycle racing, surfing, and snowboarding, where a much more expensive helicopter would have been used previously.

The ongoing development of photography tech has made the world clearer and more accessible for all sports fans alike. The inventors behind this technology should be made known as it has brought the world together for a clearer picture. 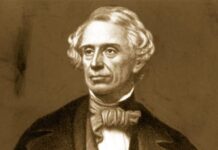 Who is the inventor of the Electric Telegraph