According to Allied Market Research, the global fuel cell market is expected to reach $8.64 billion by 2022, growing at a CAGR of 17.36%. Strict government regulations to control pollution, high efficiency of fuel cells, and rise in distributed power systems drive the market growth. Fuel cells offer a more sustainable option to generate electricity unlike any other ways. What’s more, they can be used in electric vehicles, which are essentially the future of transportation.

Many leading companies in the fuel cell industry have invested heavily in the market. For instance, General Motors have entered the market and announced that it will collaborate with other companies to build mobile electricity generators, power generators for military camps, and electric vehicle charging stations. The emission-free generators can power small and large commercial buildings even during an event of power outage. Moreover, General Motors now aims to market smaller generated for home use. The company has stated to supply fuel cell power systems to Renewable Innovations of Lindon, Utah, to develop generators and charging stations. As fuel cells are far quicker, cleaner than traditional ways of generating energy from petroleum, it has gained a globe attention. Thus, the company aims to invest largely in the market and would launch products that can power heavy trucks, locomotives, and even airplanes.

Apart from this, hydrogen fuel cells will be beneficial to military purposes. Currently, the U.S. military use three types of jet fuel and one diesel fuel. Having both trucks and tanks run on same fuel as helicopters and jets is extremely wasteful and expensive. Thus, the military is looking at hydrogen fuel cells for solution. While there are some concerns regarding safety of using hydrogen. However, it is as safe as gasoline in many ways. When punctured, hydrogen power tanks do not explode unlike diesel or gasoline tanks. The development of fuel cells in military industry can open new opportunities.Fuel cells and automotive

Several major automotive companies are now looking toward fuel cells and have invested billion in launching hydrogen fuel cells vehicles. These vehicles are electrically-powered and refilled with hydrogen. The hydrogen in the tank and oxygen draw from the surrounds create water, which is the only by-product there is. Moreover, drastic weather changes do not deplete the range of the vehicle. The zero-emission vehicles are the next big thing in transportation and a first real, possible way to replace fossil-fuel-powered vehicles.

Refuelling tank within minutes without use of plug and outlet is what fuel cell vehicles offer. Moreover, the range anxiety of electric vehicles is no longer an issue with these automotive. Currently, only an handful companies such as Toyota, Hyundai, and Honda have invested in the plug-less electric vehicles and focusing on fuel cells to drive the vehicle. If proper infrastructure is developed, drivers can fill their tanks at conventional gasoline stations in less than five minutes. Hydrogen fuel cell vehicles will be a superior mode of transportation than the conventional vehicles.

Automotive companies Hyundai, Honda, General Motors, and Toyota have already launched hydrogen cars that proved they can give better mileage than the battery-powered and gas-powered vehicles. Moreover, Toyota is working on hydrogen fuel cells boat while Airbus has announced to develop commercial airliner by 2035. Some automakers believe that fuel cells are the future of autonomous vehicles.

In battery electric vehicles (BEV), electricity is generated elsewhere and then stored in battery packs. However, fuel cell electric vehicles (FCEV) are fueled by hydrogen that is converted into electricity to run the vehicle. Unlike BEV, FCEV batteries are compact and similar to those that are used in hybrid vehicles. In terms of range, BEVs offer 65-320 kms range depending on the type of battery and several other factors. On the other hand, FCEVs and conventional vehicles offer 480-640 kms on a single tank. Thus, FCEVs are clear winner.

The use of hydrogen fuel cells in automotive, military, and other applications can led to advancements in the civilian worlds as we know it. Instead of constantly in search of alternative to fossil fuel, fuel cells offer a unique solution that can be adopted en masse and will not cause major disruptions. With water as only by-product, longer range for vehicle, cleaner way of generative energy are the major benefits of fuel cells that cannot be ignored. Source: https://www.alliedmarketresearch.com/fuel-cell-market 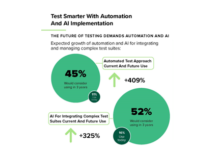 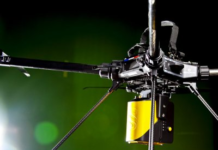 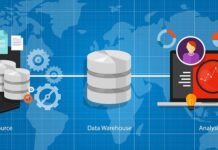