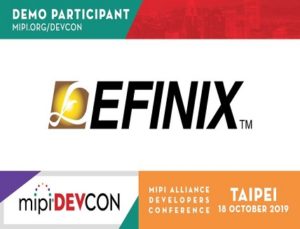 Trion FPGAs are designed and developed to deliver for high volume production of cutting-edge products and applications in edge, compute, and acceleration. At its core is Efinix’s Quantum™ architecture, which delivers low power, small form factor and cost advantages.

“Trion FPGAs are game changers and we look forward to demonstrating at MIPI DevCon Taipei,” said Efinix VP of Sales and Business Development, Itsu Wang. “We believe in the future of edge AI computing and our disruptive Quantum architecture is taking Trion FPGAs, now MIPI-enabled, to unprecedented levels of innovation.”

Trion FPGAs with MIPI support a range of applications from simple bridging and to complete AI applications. They can synchronize and process images from multiple cameras or sensors, or can act as a pre-processing hub or hardware accelerator in a bigger system.

“Efinix FPGAs have significant advantages on power, hard MIPI interface, and cost,” said Chao Yuan of Opnous, a smart sensing and AI technology company based in China. “We are leveraging Efinix for Visual SLAM (Simultaneous Localization and Mapping) in several of our products and anticipate the company’s Trion FPGAs with MIPI solutions in an array of future offerings.”

The Trion T20 MIPI Development Kit with an example design using a Raspberry Pi board and camera is available now on the Efinix web site. https://www.efinixinc.com/t20mipi. 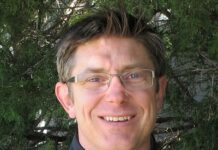