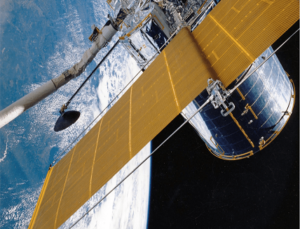 Agricultural monitoring, pipeline monitoring and marine search and rescue (SAR) beacons are classical IoT applications but their growth has been limited by connectivity challenges; terrestrial wireless networks are often too far away, even for long range protocols and satellite links were prohibitively expensive. However, the world’s insatiable hunger for bandwidth has driven a transformation of the satellite industry, drastically reducing launch costs and opening satellite communications to a wider market. With a growing number of CubeSats being launched into low-earth orbit, (LEO), direct satellite communication is now economically feasible for many remote sensor applications.

Binary Phase-shift keying, (BPSK), is widely used as the modulation for CubeSats’ communication links due to its extreme power efficiency, long range and simple demodulation. This article looks at the factors which have led to the rise in popularity of BPSK and describes a unique integrated BPSK modulator solution, which enables IoT developers to reduce design cycle time and get their devices to market faster.

Most of the highest profile IoT applications such as connected cars and augmented reality are heavy users of bandwidth and are key drivers of the emerging 5G network technologies. There is a segment of use cases however which prioritises low power consumption and long range over bandwidth, speed and latency; remote sensors may be found in applications such as agricultural monitoring, pipeline monitoring, marine search and rescue (SAR) beacons and Industrial Internet of Things (IIoT) transmitters. These applications have a number of common networking requirements, including:

The characteristics of any wireless communication medium are determined by the chosen modulation technique and a wide variety of modulation schemes exist, each with their own features and benefits. For remote sensor applications with the above networking requirements, BPSK is a popular option, since it is relatively simple to demodulate and extremely power efficient. The case for BPSK is further enhanced by the growing economically feasibility of direct satellite communication for remote IoT applications and the popularity of BPSK in CubeSat design.

BPSK, the basics, its features and benefits

Phase Shift Keying (PSK) is a digital modulation technique where discrete variations in the phase of a carrier signal are used to represent ones and zeroes.  BPSK is the most straightforward type of PSK, where “binary” indicates two distinct phase offsets – for logic one and for logic zero. (In Quadrature Phase Shift Keying, QPSK, the sine wave carrier takes four phase reversals, e.g. 0°, 90°, 180°, and 270°, enabling twice as much information to be carried. More advanced techniques are also possible where PSK can be shifted by eight or sixteen values.) Whereas any value of phase shift could in theory be used, the wider the separation the easier it is for a receiver to demodulate the signal, therefore 180° phase shift is used in BPSK, figure 1.

Since shifting a sine wave by 180° is the same as inverting it, this simplifies modulator design; the carrier is inverted for one logic state and untouched for the other. Figure 2 is a simplified representation of a BPSK modulator, where the balance modulator the carrier signal as one input and the binary sequence as the other input. In practice additional circuity is required to avoid “high-slope” events where the carrier signal voltage changes rapidly from maximum to zero, generating high-frequency energy which could potentially interfere with other RF signals. These events can be avoided by ensuring that the digital bit period is equal to one or more complete carrier cycles and also by synchronising the digital transitions with the carrier waveform. These refinements ensure that the 180° phase change occurs when the carrier signal is at (or very near) the zero-crossing.

BPSK modulation is extremely power efficient and, due to the 180-degree carrier phase shift between binary 1 and 0, BPSK modulated data can travel long distances between base station and subscriber stations. Also, since a BPSK demodulator requires to make only two decisions in order to recover original binary information, receiver design is simplified in comparison with other modulation types. Conversely, BPSK is not bandwidth efficient since only 1 bit of digital information per Hz of carrier frequency can be transmitted over the analogue carrier.

An integrated approach to implementing BPSK

IoT developers tasked with integrating an onboard BPSK modulator have, until now, had to design a discrete solution, requiring knowledge and skills in both RF techniques and DSP programming. This has either required the developer to embark on a steep learning curve or to access skills of other team members, potentially lengthening the design cycle time and costs and compromising speed to market.

Recognising a growing interest in satellite IoT applications monitoring remote equipment and low-data rate sensors, UK-based CML Microcircuits has released the CMX7146 flexible data transmitter. Many of these applications, such as Marine and terrestrial emergency alert systems and Ocean data logging, only require one-way communication, simplifying the design and reducing the power consumption of the device. The CMX7146 is unique in providing a dedicated integrated solution for the generation of low speed BPSK signals and offers developers without specialist knowledge a rapid and simplified approach to the deployment of a BPSK transmitter within their solution.

Supporting both BPSK and Differential BPSK modulation, the CMX7146 generates precise baseband analogue in-phase and quadrature signals resulting in a highly accurate transmission signal, which can be up-converted to an RF carrier of the user’s choice. The device supports raw (bits in, modulation data out) and preloaded (messages in, modulation data out) transmissions and also features a transmit (TX) trigger input to enable precisely timed data transfers.  A power amplifier ramping DAC can also be employed to control transmission bursts which can be synchronized as part of the transmit sequence. As well as the modulation functionality, the CMX7146 also integrates low power ADC converters and 4 GPIO interfaces to facilitate the development of sensor interfacing solutions. Figure 3 shows a typical system where the CMX7146 is paired with CML’s CMX971 IQ modulator and a low-cost flash microcontroller in a typical UHF beacon application.

Development support for the CMX7146 is available from CML through the PE0402 evaluation board coupled PE0003 interface which enables PC based GUI access to all of the device’s registers.

Even a relatively simple IoT device, such as a wireless sensor, can integrate multiple technologies, including wireless connectivity, cloud architecture, real-time performance, end-to-end security and sophisticated software algorithms. As with any new, emerging market, the IoT is in a continuous state of flux, with the associated technologies and relevant standards still evolving. In such a fast-changing landscape, future proofing of design is critical, and this is built-in to the CMX7146 with CML’s proven FirmASIC® technology, where a Function Image™(FI) file, defining the operational capabilities of the device, may be obtained from the CML Technical Portal.  The Function Image™ file is downloaded at system power-up, either from the host controller or external memory. This increases the flexibility and lifetime of an end-product, by taking advantage of future functionality upgrades provided by CML, such as alternative modulation schemes or over air protocols.

Many IoT applications, such as remote sensing and alerting, require the transmission of relatively small amounts of data and, due to their physical location, are more concerned with transmission range and conservation of battery power. As the cost of access to space has reduced, more small satellites, including CubeSats, are being launched into LEO, making direct satellite communication feasible for an increasing range of remote applications. BPSK, widely used by CubeSats as a transmission protocol is becoming a popular choice for developers of devices for these remote applications and, recognising this, CML Microcircuits has launched the CMX7146 flexible data transmitter.

Part of CML Microsystems Plc, CML Microcircuits is a world-leader in the design, development and supply of low-power analogue, digital and mixed-signal semiconductors for telecommunications systems globally. With a portfolio focusing on narrowband communications, supporting both RF and baseband functionality, CML’s ICs are found in digital/analogue PMR/LMR, wireless data, satellite communications and marine radio applications, such as TETRA, DMR, dPMR, SCADA systems and AIS.

This latest offering from CML is unique on the market, giving developers a quick and easy route to the deployment of a robust transmitter for satellite IoT applications which monitor very remote equipment. 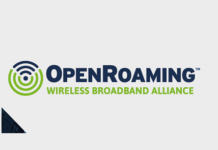 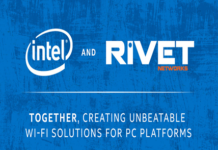