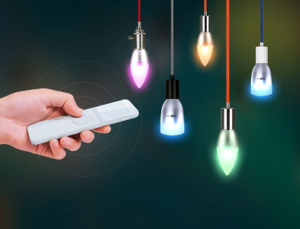 Globally, lighting is one of the biggest consumers of energy. As energy costs  and concerns about the impact of energy use on the environment rise, finding ways to apply technology and innovation to optimize the efficiency and functionality of lighting and reduce its power demands are becoming more important.

Smart control of lighting in residential applications is four times larger in volume than in industrial buildings. Collectively they are the fastest-growing sector of the Internet of Things (IoT). Generally speaking and unsurprisingly, residential systems tend to be simpler than their industrial counterparts, with a much simpler Bill of Materials (BoM) and cost.

While efficiency (and therefore cost management) is the primary driver for most connected lighting control, there are a number of other aspects that come into play when developing lighting applications within residential and industrial markets. Modularity is important, allowing lighting systems to be extended and segmented while the ability to control lighting with mobile devices permits sophisticated interfaces to be deployed without the expense of a dedicated screen. With the enhanced levels of control available, new applications for lighting including uses in areas such as medical therapy and agriculture emerging.

Basic lighting control starts with the ability to turn lighting on and off and extends to dimming and color control of LEDs. More complex systems support the full automation of lighting, energy management, intensity control and sensing and downlink connectivity.

The primary protocols in use include Bluetooth Low Energy, Green Power by ZigBee Alliance. and Power over Ethernet (PoE). Near-field communication (NFC) is also used, but typically only for setup and commissioning.

Mesh technology is ideally suited to industrial lighting applications as it allows a large number of devices to connect with each other as well as externally. Bluetooth Low Energy now incorporates the ability to create a mesh of up to 32,000 devices with inbuilt security as standard, vastly simplifying the setup of extended range lighting solutions.

Within the mesh, each node can act as a light while having one or more other functions, each of which are essential to the functionality of the overall mesh framework. Relay nodes can re-transmit received messages thereby extending the network almost infinitely if necessary. Proxy nodes communicate with others that are not Bluetooth Low Energy or Bluetooth Low Energy-capable, bringing them into the mesh, while ‘friend’ nodes store messages for other nodes that are operating in low power mode. Low power nodes periodically poll the friend nodes for messages, thereby saving more energy.

Security is essential in any connected system and Bluetooth Low Energy mesh networks are no exception. All messages are encrypted / authenticated and obfuscation makes tracking messages difficult, thereby protecting against replay attacks. Within the Bluetooth Low Energy protocol, there is a process to change security keys and another secure process to add nodes to the mesh. When nodes are removed from a Bluetooth Low Energy network, this is also done securely to prevent ‘trashcan’ attacks.

While Bluetooth Low Energy (now) has a native mesh model and uses a smartphone for cloud connectivity, Green Power technology relies on Dotdot® or a ZigBee cluster library (ZCL) and has a dedicated gateway as few, if any, mobile devices are ZigBee protocol-capable.

The Green Power protocol can make use of battery-free or energy harvesting technology to deliver light switches that are portable, eco-friendly and maintenance-free. As there is no wiring required, they can be placed almost anywhere and installation is very inexpensive.

Figure 3: Pairing an energy harvesting switch is a simple and rapid process

Setting-up and energy harvesting switch using devices such as the NCS36510 from ON Semiconductor can be achieved quickly and easily. The low power, fully integrated, System on Chip offers advanced power management and an IEEE 802.15.4 compliant transceiver. It supports the design of a complete and secure wireless network with minimal external components.

Power over Ethernet for lighting systems

The running and routing of cabling is always a significant expense in any building project, and running safe and compliant mains power for lighting in buildings is no exception. However, the move to LED-based lighting and the availability of Power over Ethernet (PoE) has changed things significantly as it is now possible to use a single cable for both power and connectivity.

The PoE 2 standard (802.3bt) has the capability to provide up to 90 W of power for an application – plenty for an LED-based light. An example of this in practice is a 60 W connected lighting solution that is powered via its Ethernet cable using an IEEE 802.3bt compliant integrated controller. Capable of supporting up to two LED strings, the solution has two LED channels that incorporate the FL7760 high-side sensing, constant current Buck controller from ON Semiconductor.

With this arrangement the PWM signal is able to control dimming from 0-100%, using a PWM frequency of 1.3 MHz. The brightness control is provided by a Bluetooth Low Energy radio such as the RSL10 that is suitable for use in RF enabled harvesting solutions. The supply voltage for the RSL10 is provided by a simple high voltage LDO.

This solution achieves efficiencies of greater than 90%, ensuring that almost all of the energy derived from the PoE controller is converted into light, allowing the design to deliver up to 6000 Lumen. Such performance is well-aligned to the prevailing pressure to minimize power demands and deliver smart lighting solutions.

ON Semiconductor has developed a connected lighting platform, a modular development kit for industrial LED lighting solutions. The configurable dual stage platform provides up to 70 W of power, delivering up to 7000 Lumen of light from either an AC/DC power supply or via PoE, depending upon the power module selected. The system supports up to four LED strings and each LED driver board has two FL7760 drivers for each LED string, delivering 27 W per string.

Based on the RSL10 System in Package (RSL10 SIP), the connectivity module provides low-power wireless control options, including on/off, dimming and programming. Using the provided CMSIS-pack, developers can take advantage of a number of available use-cases to customize their lighting application with additional functionalities. The RSL10 FOTA mobile app (available on Google Play and  Apple IoS)  also adds support for wireless firmware upgrades, while the RSL10 Sense and Control app enables developers to control and monitor environmental sensors and actuators from a mobile device.

By helping industrial manufacturers reduce energy consumption, connected lighting has significant potential within the Internet of Things (IoT). The Connected Lighting Platform is an optimized, cost-effective design that combines the best of all technologies needed for the most demanding LED lighting applications. 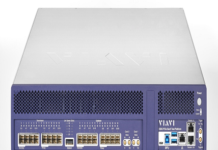 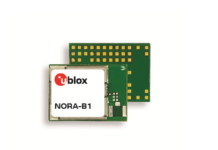 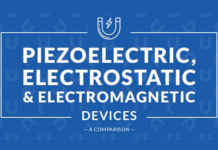 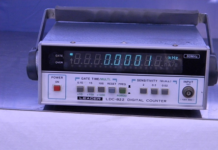 Efinix to open its Quantum technology in SIP or licensable...

October 1, 2020
We use cookies to ensure that we give you the best experience on our website. If you continue to use this site we will assume that you are happy with it.Agree