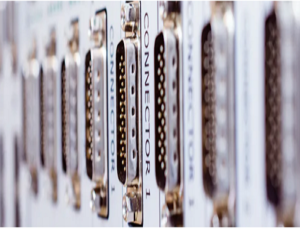 You are going to read:

Application of D-sub connectors in industry

The future of D-sub connectors in industry

Communication between individual devices is the basis of automation – both home and industrial. Wireless connections are now being strongly developed. These, however, are susceptible to interference and are characterised by a certain delay in signal transmission, which is why they are used primarily in smart home systems and much less frequently in industry.

Expectations regarding communication between the industrial equipment used have changed over the years as new technologies emerged. It is now common to use ethernet cables for communication between different network elements. They allow very fast data transfer (up to 40 gigabits per second) and are therefore able to pass complex instructions between computers or drivers and actuators or operator panels. However, before twisted-pair cables became a permanent feature of industrial halls, connections based on D-sub connectors were predominant.

D-sub (D\subminiature) is a whole family of connectors used for communication between electronic devices. The letter “D” in the name comes from the characteristic shape of the plug or socket itself, reminiscent of that letter. There are many types of D-sub connectors. The smallest in the standard version have 9 pins, the largest – 104 pins.

The history of D-sub connectors dates back to the fifties, and yet they are quite widely used to this day. This is partly due to the fact that many places are still using equipment produced in the last century, when it was most common. The most common application of D-Sub connectors is communication using RS-232 and RS-485 interfaces. They allow you to build extensive networks of connections between devices used in industrial halls.

The former, RS-232, was used in the past mainly to connect terminal devices and various peripheral devices, such as printers or keyboards, to the computer. It was used to connect computers to modems. In everyday use, it has been replaced by the now widely used USB connectors and Ethernet.

However, RS-232 is still used in industry. In areas where it has not been replaced by a twisted pair, it is still used for communication between the computer and PLC or HMI. However, it has a drawback. Since the transmitted voltage levels from -3 to -15 V are logical “1”, +3 to +15 V are logical “”, and the voltages -3 to 3 V are unused, the use of the RS-232 interface is possible over a maximum length of 15 metres, at a speed of 20 Kbit/s. In the case of longer cables, the voltage drops may be too great to effectively transmit the signal to the connected device. Initially, RS-232 was used to run the Modbus protocol, but with time this function was taken over by RS-485

RS -485 is in a way a development of the RS-232 interface. It is a communication system in which multiple devices on the same bus can communicate. It is faster than the aforementioned interface and is more resistant to interference. RS-485 can operate at 35Mbit/s over a length of up to 10 metres, but depending on your needs, a single cable can be up to 1200 metres long. Then the data rate drops to 100 Kbit/s, which is still several times higher than in the case of RS-232. Additionally, up to 32 devices can be connected using the RS-485. These numbers (both regarding the length of sections and the number of connected devices) can be increased.

The repeater allows you to connect additional devices on a single channel or to increase the distance between individual devices by another 1200 meters.

Application of D-sub connectors in industry

Since in many cases networks based on RS-232 or RS-485 still serve their purpose, companies still use D-sub connectors. Many older machines and equipment do not support Ethernet control and are still fully operational and fit for purpose. So, there is no need to rebuild what works perfectly.

In addition to Modbus RTU networks, R-232 and RS-485 connectors, i.e., D-sub connectors, are used in Profibus DP networks. In both cases, operation using the RS-485 interface is similar.

D-sub connectors can be used wherever the equipment does not require complex commands. An excellent example is valve island control. In this case, a high state of the pin is responsible for activating one of the coils.

A distinctive feature of D-Sub connector are the screws on both sides of the plug. They help to properly fix the plug in the socket, but also protect against accidental unplugging. This is one of the reasons why D-sub connectors are still common in the rail industry.

The fact that the connection is secured with screws reduces the risk of the cable coming loose due to vibration. When we talk about a moving train, it cannot be denied that the vibrations are not small and may indeed, in extreme cases, cause the plugs to come loose, which is by no means a good thing. Particularly when it comes to an industry where mistakes can lead to rail disaster.

The most popular, but at the same time becoming obsolete application of D-sub connectors, is the classic VGA connector used to connect monitors. It was initially replaced with DVI, but over time it was HDMI that became the most common way of connecting a computer monitor to the computer.

The future of D-sub connectors in industry

Progress is a must, and industrial innovation is of paramount importance. It can hardly be said that twisted-pair communication is inferior to decades-old protocols using D-Sub connectors. It should be noted, however, that in the industrial sector, revolutions come much slower than it might seem. Innovation often involves very high costs and a certain risk that not every company can afford. Technological changes may also force modifications in the organization of work and building infrastructure. Despite the passage of years, many devices still use outdated technologies. Moreover, new devices that use D-sub connectors are still being produced. This allows you to easily replace elements that were included in the network years ago with new ones, e.g, a twisted pair, without the need to change the communication method.

The original source of text: https://www.tme.com/in/en/news/library-articles/page/43412/d-sub-connectors-and-their-practical-application-in-the-industry-of-the-21st-century/ 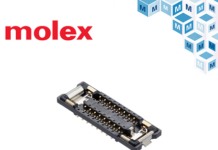 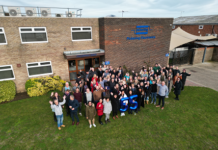 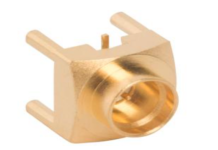 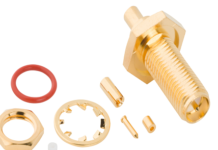