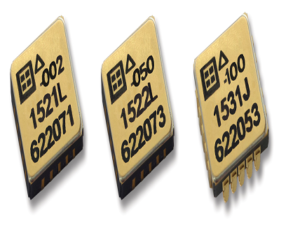 As one of the industry’s only 100% U.S-based OEM’s of its own MEMS capacitive surface mount accelerometer chips, plus its own in-house MEMS wafer development and fabrication, Silicon Designs is uniquely positioned to ensure the expeditious design and manufacture of its full standard product portfolio, while still keeping both pricing and lead times highly competitive. Each product family is carefully developed from both customer and industry feedback and may typically also be built to a customer’s own exacting standards. All product manufacturing and testing are conducted from the company’s own ISO9001:2015 certified global corporate headquarters and R&D center, located just outside of Seattle, Washington.

Carefully regulated manufacturing processes at Silicon Designs ensure that each MEMS capacitive accelerometer chip is made to be virtually identical in both size and configuration. This allows end-users the added time savings and flexibility of being able to swap out components from different Series models within the same g-range, with few-to-no testing modifications.

For more information about the MEMS capacitive accelerometer chips, modules and supporting data acquisition offered by Silicon Designs, contact the company at +1.425.391.8329, via email at sales@silicondesigns.com or visit www.SiliconDesigns.com.