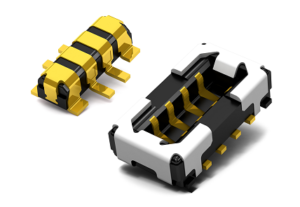 Compared to conventional connectors, Panasonic Industry’s new R35K connector saves almost 50 % space on the PCB – but thanks to its proven technology it is nonetheless reliable in demanding environments of smartwatches and other wearables.

Space-saving design and extremely tough when it comes to vibrations and other physical effects – to sum up, these would be the key requirements for components in modern wearables such as smartwatches, headphones, hearing aid and portable health care devices.
Wearables doubtlessly are a growth market, so those components combining high functionality and reliability with slim design aesthetics will be extremely valuable for space critical applications.

Panasonic Industry’s new R35K series of board-to-FPC connectors are likely to generate a lot of interest, promising up to 49% savings in board space. So, efficient use of space is not just a question of compact batteries, switches or sensors, but also of clever connections between them. This applies not only for whatsoever wearables – but, for instance, also for industrial sensor technology.

With the R35K series, the 4 or 6 pins are designed symmetrically and thus can be tracked from one side, simplifying circuit pattern layout. Carsten Wieber from Panasonic Industry Europe in Ottobrunn, Germany, emphasizes that all this is in no way at the expense of the functional reliability of the connectors that stand out with a high retention force and robustness due to the metal bracket design: “Although the R35K has a mating height of just 0.6 mm and a width of 1.3mm, Panasonic’s proven TOUGH CONTACT system could also be employed here without any compromise. This means that the connectors are structurally capable of effectively absorbing shocks and vibrations. So they reliably withstand everything that can happen to a wearable in daily use.”

The small connector is also amazingly great when it comes to handling higher loads, impressing with up to 3A at the power connection and 0.3A at the signal terminal. Good news when it comes to short battery charging times, for instance.

A convincing performance and considerable space savings – have a look at this specific comparison of the R35K to a conventional connector. 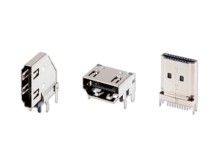 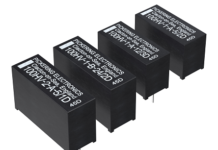 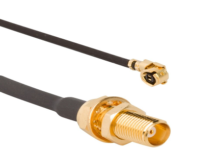 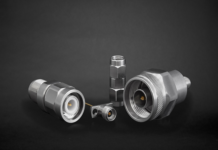 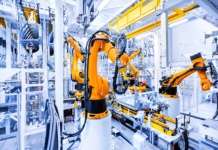 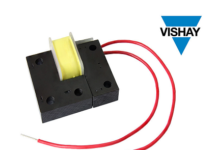