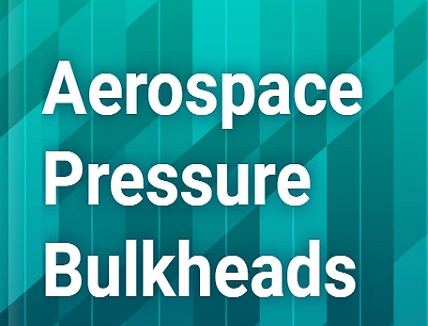 Aerospace pressure bulkheads play a major role in the aircraft as they significantly help to maintain pressure, and hence save the aircraft from bursting due to increase in internal pressure. There has been a remarkable surge in the demand for aerospace pressure bulkheads, especially in the military and defense sectors. More and more countries around the world are increasingly investing in inventing and designing exceptional fighter jets and other aircraft for warfare, secret, and special missions.

There has been an exponential surge in the military capabilities of various counties over the last couple of decades, and hence increasing use of aircraft in military warfare as combat and special mission aircraft are expected to increase the demand for reliable and strong aerospace pressure bulkheads. In addition, they comprehensively help to reduce the total weight of the aircraft as fewer parts would be required. Furthermore, composite pressure bulkheads are highly corrosion resistant and offer a high strength-to-weight ratio, and require fairly low maintenance. These factors are expected to drive the growth of the global Aerospace Pressure Bulkheads market. According to the report published by Allied Market Research, the global aerospace pressure bulkheads market is expected to garner significant revenue, growing at an incredible CAGR during the forecast period.

Numerous players in the market across the globe have launched innovative Aerospace Pressure Bulkhead products to effectively reduce the amount of metal needed at the cost of reducing the usable space in the airliner, and hence to cater distinctive needs of the manufacturers as well as the customers. For instance, Premium Aerotec, a dominant supplier in the aviation industry, is set to develop the first thermoplastic pressure bulkhead with the help of a multidisciplinary research and development team.

This remarkable innovation from Premium Aerotec will essentially expand a wide range of uses in the aircraft fuselage shell for better application for minute parts. The company has taken rigorous initiatives and has thus presented the demonstration of its distinctive skill related to the development and production of large aircraft components with the help of thermoplastic CFPR. Similar-sized eight thermoplastic CFRP components were used to build a 1:1 demonstrator in the Airbus A320 series. They were reinforced and joined together with the help of state-of-the-art CFRP welding technology.

The new thermoplastic CFPR version not only offers a great deal of mechanical properties but also helps in saving total weight by around 10-15 percent. In addition, it also helps in reducing production time, which means a significant cost cut in the manufacturing expenses for aircraft manufacturers. Thus, a thermoplastic pressure bulkhead provides all the necessary characteristics that are needed for an advanced, next-generation aircraft.

Premium Aerotec will make effective use of the many years of its vast experience in the application of thermoplastic materials for efficiently manufacturing smaller components for its pristine product innovations.

The trend for launching revolutionary and breakthrough aerospace pressure bulkheads by prominent players in the market continues to gain massive momentum in the global aviation industry. For instance, Hengshen Carbon and Composites, a China-based dominant carbon fiber manufacturer, announced that they are incessantly engaged in producing five full-scale demonstrator composite rear pressure bulkheads (RPB) for an original equipment manufacturer (OEM) that is engaged in the Chinese aerospace industry.

The company mentioned in a statement that EH918 will be essentially used to fabricate two out of five of the RPBs. EH918 is Hengshen’s own aerospace-grade toughened epoxy prepreg system. Thus, this epoxy prepreg system is then reinforced with the help of HF40C, which is Hengshen’s own intermediate modulus (IM) carbon fiber. The rest of the three RPBs will be fabricated with the help of Solvay Composite Materials’ CYCOM X850 toughened epoxy prepreg.

Simon Qian, managing director at Hengshen, mentioned in a statement that this project is specifically structured and designed to not only prove but also to meet the manufacturing capabilities of the company to the OEM. He also says that the project will further prove the capabilities of the material both for the RPB product and the layup tooling. The former has been ideally created to make indigenous use of a carbon fiber layup surface to reinforce carbon fiber ribs, while the latter is then mounted to a steel structure to provide a much more effective stability connection for the automated fiber placement AFP machine.
Thus, the introduction of pioneering aerospace pressure bulkhead products along with its persistent technological advancements are expected to create remunerative opportunities for the growth of the global aviation industry soon.

Author’s Bio – Shreeras Shetty is currently working in the content writing industry and has a Bachelor’s degree in management studies specializing in marketing. He is passionate about writing and is gaining a significant experience in the Market Research Industry. Outside the office, Shreeras is actively engaged in recreational activities like playing football, trekking, travelling, and athletics. 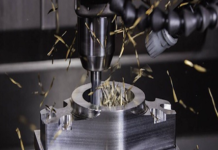 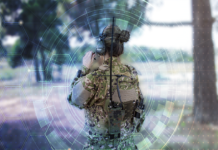 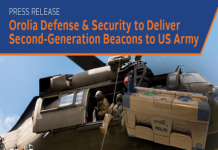 Orolia Defense & Security to Deliver Second-Generation Beacons to US Army 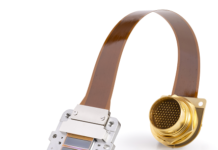 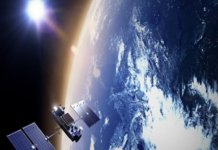