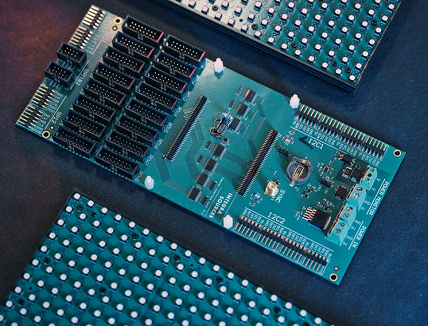 When a company’s CEO or managers come up with a new product idea, the development always starts with prototyping. While in many industries, the main goal of creating a prototype is to estimate the product’s aesthetics, production cost, or prospective demand, things get more complicated in hardware design and similar fields. Often, engineers also have to prove whether the initial idea can be brought to life at all.

In this article, we are going to talk about the electronics prototyping process, the basic prototyping phases, and what traps one should try to avoid to make this stage of product development less expensive and time-consuming.

The Goals of Electronics Prototyping

As mentioned above, prototyping features a number of benefits and helps answer a number of questions crucial for further product development.

1. Is it possible to create the device?

Often, new concepts sound good on paper, but a question remains whether creating such a device is possible at all. So, concept validation is one of the typical goals of building a prototype.

2. Is it worth developing the device?

Being able to build a device that meets all the requirements doesn’t necessarily mean it’s worth the effort. For businesses, cost-efficiency plays an even more important role. The later phases of prototyping can show how much it’ll cost to manufacture the device and if the company can sell it at competitive prices.

Businesses often find it tempting to move on to manufacturing as soon as possible, which is why prototyping seems like a waste of time and resources to them. However, on a large scale, prototyping can reveal and eliminate significant flaws that would have cost much more if revealed later.

If a company outsources prototyping to a third-party developer, it can benefit from a fresh vision of the problems, not to mention the team’s expertise and experience (which the company’s own employees may lack).

Despite these benefits, companies that decide to prototype an electronic product may face certain risks.

1. The very first attempts to build a prototype may prove the initial idea to be unviable. Alternatively, prototyping may reveal that manufacturing such a device would cost too much. Although one cannot return the money spent on this work, it is, nevertheless, wiser to understand the problem before wasting even more money on pointless attempts to further develop the product.

2. Due to human factors, component documentation may contain errors. In this case, the developers will realize it only after building the first prototype. Using alternative components will solve this issue.

3. Electronic chips used in prototypes can also contain errors, which will result in off-nominal work of the device. Chip manufacturers usually provide a list of errors typical for their products and work-around options.

4. Certain components may become either unavailable or too expensive. It may happen both during prototyping and right before mass manufacturing. Unfortunately, the only solution is to get back to prototyping and experiment with alternative components.

5. And finally, certain components may have manufacturing defects that cannot be detected until the production phase. Finding alternative components will solve the problem.

The hardware prototyping process starts with a requirement survey. This phase is especially important if the author of an idea hires a third-party development team. The parties discuss the functions and features of the future device, its size, shape, weight, and other details they find significant.

At this point, it is crucial to provide the team with clear requirements. Failing to do so may force the developers to redo a considerable part of the previous work. Contrariwise, clear technical requirements raise the chances of building the first prototype sooner and with less significant flaws.

When engineers are not sure if the required functions can be implemented or how to do it, they first build a Proof-of-Concept prototype. The only purpose of a POC is to prove that the idea is viable, while all other requirements, such as cost-efficiency, aesthetics, shape, etc., can be ignored.

In electronics prototyping, different methods can be used to build a POC.

The cheapest method is to create a digital simulation, as in this case, you don’t have to buy actual components or order a real PCB. Unfortunately, only simple modules and nodes can be tested with a simulation and only if there’s a suitable mathematical or program simulation model.

If a simulation is not an option, the team can build the POC with development kits. Such prototypes look nothing like the final product; they may lack a lot of functions and work slower than intended, but as long as they prove the idea to be viable, such flaws are irrelevant.

If neither of these methods is applicable, the developers can build the POC by designing and ordering a real PCB from a factory and populating it with the required components to see if the printed circuit board will or will not work. While such a prototype is closer to the final product design, it’s also the most expensive option.

When the concept is proved to be viable (or if there’s no need to do it), the developers create an Alpha prototype, also referred to as a minimum viable product. This iteration performs the key functions, but may still lack certain modules or be unable to perform secondary functions that are considered insignificant. Nevertheless, the functionality of an Alpha prototype is enough to start working on the device’s firmware.

This phase usually requires one or two iterations.

Ideally, after the previous step, engineers try to build a fully functional device that has no flaws at all. However, in practice, it’s almost impossible to predict potential problems caused by fixing flaws at the previous phase. Therefore, the next iteration often turns into a Beta prototype that is almost ready for mass production but still needs some changes.

Developers usually create more than one Beta prototype, as this phase still requires experimentation and several copies of the device can be sent to certification tests.

This iteration goes to mass production, and the prototyping process is over.

Although this process looks like a strict sequence of operations, in fact, engineers don’t intend to build Alpha or Beta prototypes (except for POC which is always created deliberately). Instead, developers always try to build a pre-production iteration at the first attempt, but things rarely go smoothly when you deal with untested solutions.

In this case study, we will see how a team of hardware designers developed a prototype of a capacitive keyboard.

The team’s customer wanted to sell highly customizable capacitive keyboards. He bought one of the models available on the market and sent it to the developers as a reference. Their task was to design and prototype original hardware so that the customer could manufacture his own matrix circuits. The client also wanted the poll time not to exceed 1 msec.

The first step was to create a virtual model of the circuit board with LTSpice to test different solutions. Eventually, it was decided to apply short pulse bursts to matrix rows and pick up the signals from the columns to reach the required poll time. To boost the signals, they were then fed to an operational amplifier. Since when not pressed, the capacitor pads would still generate weak signals, it was decided to use a comparator that would cut off such impulses.

After that, an Alpha prototype was built with a development kit to specify the amplification factor and comparison level. The work on the firmware also began.

After the calculations were made, a PCB layout was designed and the circuit board was ordered from a factory.

The board that arrived can be regarded as a Beta prototype, as it performed the key functions. However, tests revealed that the inverting operational amplifier circuit provided insufficient amplification. Therefore, it was decided to change it to non-inverting and some tracks were rerouted.

After that, the device began to work as intended, so at the next phase, a fresh circuit board was ordered that became the project’s pre-production prototype, as it had no flaws.

It’s a common practice to delegate electronics design to third-party organizations. In this case, the intellectual property rights still belong to the customer who came up with the idea of the new product, despite the fact that the prototype was designed by another business.

There are several reasons why a company may want to outsource prototyping to another team.

1. Insufficient expertise. First off, the customer’s company may lack expertise in certain fields or may not specialize in electronics design at all.

2. Insufficient resources. Even if the company is capable of creating a prototype, the firm may not have enough employees to handle all the tasks. If waiting is not an option, outsourcing becomes a convenient alternative.

3. More convenient than hiring new employees. To hire new people, companies have to post jobs and interview numerous candidates. From this perspective, outsourcing is more convenient.

4. One-time job. If a company doesn’t specialize in hardware design, it would be unwise to set up a new department for the sake of a one-time project.

That’s why many businesses hire hardware and software developers such as Integra Sources. Our team has vast experience in prototyping industrial and consumer electronics, power electronics, robotics, IoT, AI, and machine learning devices. We used our expertise to create prototypes for both large businesses and small firms that have original product ideas.

Read the original article on electronics prototyping on Integra Source’s blog to learn more about the process of creating new electronic devices. 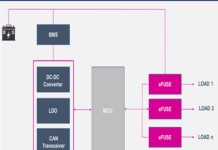 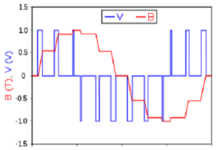 What is a PWM dead zone? – Pulse Width Modulation 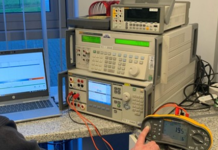 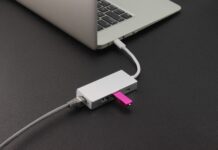 What is USB (Universal Serial Bus)? – Guide to USB & Its Types 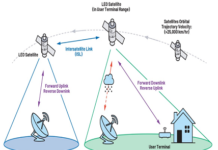 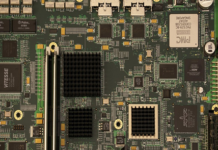 The Modern Rules of Electronics Kits