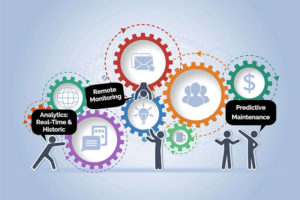 There is an African proverb that says “If you want to go fast, go alone. If you want to go far, go together.” This saying goes along well with the opportunities arising in transforming traditional industries, and requires a new mindset from entrepreneurs, investors, and large companies.

In 1920s, after the First World War, a Russian economist Nikolai Kondratieff studied economic trends. He noticed that the world economy runs in cycles of forty to sixty years, during which we see intervals beginning with rapid, high growth, and ending to slow growth or stagnation. Later academics found out that each cycle’s rapid growth is closely connected to a major technological innovation that sets new rules and creates new opportunities in the market. These waves have previously been sparked by transforming inventions such as steam power, electricity and information technology.

Resetting the Rules of Competition

Currently, we have seen a relatively long period of slow growth and are in the verge of an era that World Economic Forum calls the fourth industrial revolution. According to the Forum, it will be created by closing the gaps between digital, physical and biological systems. This change is accelerated by technologies such as cloud computing, machine learning, sensor networks, internet of things, 3D printing, just to name a few; combined with advancements in biology and material sciences.

What the Forum suggests is that traditional and dominant industries like energy, healthcare, manufacturing, transportation, housing, food and retail will be facing the biggest transformation since their early days. The Internet of Really Big Things will change the rules of the game.

Jeff Immelt, CEO of one of the world’s biggest industrial companies, General Electric, stated that people who deny that digitalization will impact every corner of the society are going to get left behind, and in the coming years every industrial company will have to become a software and analytics company. Furthermore, Michael Porter has corrected his own competition theories by stating that smart, connected products are changing the nature of competition and expose companies to completely new competitive opportunities and threats. This change is reshaping industry boundaries and creating entirely new industries, forcing companies to ask themselves “What business are we in?”

Companies will have to make new strategic choices related to how value is created and captured, how the data they generate is utilized and managed, and how relationships with traditional business partners like distribution channels are redefined. Porter noted that what makes smart, connected products fundamentally different is not the connectivity itself, but the changing nature of the things themselves.

As an example, Rolls-Royce has been building aero engines already for more than 100 years, so they know pretty well how to bash steel into blades and turn petrol into power. But in addition to this, they have been pioneers in transforming themselves into a big data driven service company.

Collaboration Is King in the Third Wave of Internet Companies

An entrepreneur might ask, what are the opportunities for startups in the Internet of Really Big Things? The assets are in many cases worth hundreds of millions, and disrupting the scene sounds like a big and risky task, compared to starting an agile app company. The keyword here is collaboration, because large companies can’t be the ones to do the transformation just by themselves.

Accenture recently stated that corporate innovation doesn’t work, mostly because large companies are still too slow to move and change their working practices. Just throwing money at innovation schemes won’t mean they will be successful. According to Accenture’s research on open innovation, corporate innovation, accelerators, and venture capital schemes are not always the best approaches for large companies in old industries. Instead, the study suggests that joint innovation and co-development with more agile partners will be trending in the near future. The study shows that 80 percent of corporates want to collaborate with startups – which wasn’t the case five years ago.

It’s clear that we are on the verge of big things, and will see dramatic movements in the traditional business industries. This will also require new mindset from the entrepreneurs and investors entering the scene. One of the pioneers of internet infrastructure, AOL’s founder and former CEO Steve Case calls this the third wave of internet companies. The first wave of internet companies, like Cisco, Apple, AOL and Sun Microsystems, built the infrastructure for the web. The second wave was driven by web services, app economy and mobile revolution, bringing up companies like Facebook, Twitter and Google. This wave was in big parts enabled by people, focus on good products, and platforms that helped to scale these companies almost overnight.

Steve Case suggests that in the third wave, the requirements for companies are different: in addition to having great people, products and platforms, these companies need more focus on building partnerships, policy-making, and lots of perseverance. Entrepreneurs will have great opportunities to transform major, real-world industries, and impact billions of people’s lives. But making the change will require a new mindset, long-term vision, patience, public-private partnerships, and collaboration between the giants and the agile ones. The era of the Internet of Really Big Things will take us far, and it’s better to take that journey together. 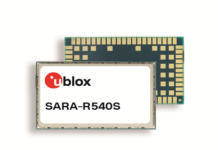 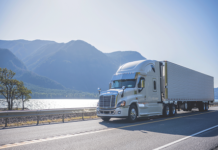 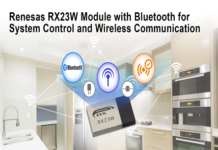 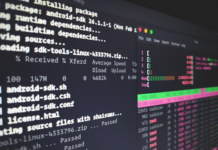 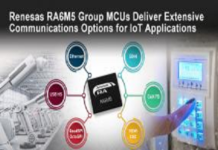 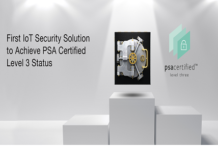