Apple vs. Lenovo: Which Brand Is Better? - Electronicsmedia

In the third quarter of 2020, global computer shipments totaled 71.4 million units. That represents a 3.6% increase from the same quarter of 2019. Meaning, computer makers sold over 2.67 million more units in Q3 2020!

One of the main reasons for this uptick is the increase in the number of people working or studying at home. In the US, for instance, remote workers have outnumbered on-site workers by almost two to one. Many schools have also adopted online or virtual classes.

If you need a laptop yourself, you may be weighing Apple vs. Lenovo laptops. You’re likely wondering if Apple is worth its price or if it’s better to stick with the lower-priced Lenovo.

Don’t worry, as we’re here to help you distinguish the two. So, be sure to read on to learn when to go with Apple and when Lenovo is a better choice.

Apple, or Apple Inc., is an American multinational technology giant. Founded in 1976, its primary headquarters is in none other than Cupertino, California. It’s one of the US’s “Big Five” companies alongside Amazon, Google, Microsoft, and Facebook.

However, Apple has recently left other publicly-traded companies in the dust. In 2020, it became the first-ever US corp to have grown its market capitalization to over $2 trillion. Its valuation has also multiplied twice in just the last couple of years.

While Apple’s official headquarters are in Cali, many of its 500+ stores are outside of the US. It employs at least 137,000 full-time workers in the 25 countries it serves. You’ll find the brand in the Americas, Europe, Japan, Greater China, and the Asia Pacific.

Lenovo as the Leader of the Pack

Lenovo, or Lenovo Group Limited, is a multinational tech company originating from China. Its primary headquarters is in Beijing, but it also has operational HQs in the US and Singapore. This 2020, it ranks 224th of all Fortune Global 500 companies with a market value of over $7.24 trillion.

Lenovo’s products are in 180 markets worldwide, many of which are the same as the ones Apple covers. However, the company’s employees, which number 63,0000, are less than half of Apple’s.

Despite that, Lenovo’s claim to fame is that it sells way more computers than the American brand. In 2019, for instance, it sold 62.97 million computers, whereas Apple only shipped 18.35 million units. Meaning, the Chinese tech brand had 44.62 million more shipments than the US computer maker.

All in all, the Chinese tech brand remains the world’s biggest PC vendor. It even beat HP and Dell, two of the other giants in the computer sector.

The Chinese brand is hands down the winner in this category, as you’ll find Lenovo laptops for as low as $399. These are the discounted rates, but their web price is still budget-friendly at only $499. If you can extend your budget a bit, you’ll find at least a hundred other models for under $1,000.

By contrast, Apple only has a few MacBook models, the cheapest of which is the MacBook Air, priced at $999. Other than the base model of the MacBook Air, there are no other Apple laptops priced under $1,000.

Apple does offer education discounts, which can slash up to $100 off of the original price. However, these discounts are only available to students and educators.

Apple vs. Lenovo Product Line Up

By contrast, Lenovo has over 300 laptop models that you can choose from. As mentioned above, the price starts at $399, but it can go all the way up to $4,999. This means that the Chinese computer maker has something to offer to all budget ranges.

So, again, Lenovo wins in this category, considering that it has hundreds of products.

We chose this Lenovo laptop since its web price of $999 is the same as the MacBook Air’s base model. In addition, it has the same screen size as the lowest-tier laptop line of Apple.

With that said, let’s take a closer look at some of the specs, pros, and cons of both.

If you go with all the highest possible upgrades, your final bill will sum up to a staggering $2,249.00.

The Lenovo Yoga C640 is one of Lenovo’s 2-in-1 offers, so you can also use it as a tablet. Meaning, you can detach the touch-screen display and use it as a stand-alone device.

The MacBook Air is also the winner when it comes to available configurations. It offers more upgrades in terms of built-in storage since you can boost it up to 2 TB. However, the base model of the Yoga C640 has a much more powerful processor than the MacBook Air.

These two devices have the same web price, but the current Lenovo sale allows for a bigger discount. Instead of paying $999, you can snag the Yoga C640 for only $849. That’s $50 more than the $100 you can get with Apple’s education discounts.

Also, keep in mind that the Lenovo Yoga C640 is convertible into a tablet. So, if you want more portability and convenience, then this laptop may just be your better choice.

Why Go With Lenovo

Lenovo is, no doubt, the winner when it comes to pricing and available products. The Chinese brand caters to all budget ranges, so you’ll find a good deal no matter how much you can afford to shell out. Plus, Lenovo always runs numerous deals several times a year, not only during Black Friday.

With over 300 models to choose from, Lenovo beats Apple in terms of product offers. For instance, the Lenovo Legion product line has among the top-rated gaming laptops. If you need a reliable business laptop, then you’re sure to find one in its ThinkPad models.

Lenovo is also much better than Apple when it comes to portability. It offers a range of 2-in-1 devices, with most of them falling under the ThinkPad and Yoga product lines.

Lenovo also boasts of having some of the longest-lasting batteries in the market. Real-time use testing has shown that some of its laptops can last between 11 and 12 hours or longer.

When Apple May Be Your Better Choice

For many people in the creative sector, Apple is the most preferred choice. The Mac, after all, was the “birthplace” of Adobe Photoshop. The first and second versions of the graphics app were exclusive to Apple computers.

Apple is also known for its excellent customer and technical support services. For starters, Mac users know exactly who to call if they have issues with their devices. That’s because Apple maintains authority over its certified repair technicians.

Second, there is such a thing as the A.P.P.L.E. way of providing customer service. Many brands actually try to imitate this system for the simple reason that it works like a charm. It’s also one of the company’s claims to fame, so it’s no wonder that people find it worthy to spend a lot on Apple products.

Apple is far from being impervious to malware, but it is less susceptible than Windows PCs. One reason is that macOS only has a global market share of 17.65%, whereas it’s over 77% for Windows. As such, most cybercriminals tend to attack Windows, which is what most people use.

Consider Your Needs When Deciding Between Apple and Lenovo

There you have it, the ultimate guide to the match-up between Apple vs. Lenovo. As you can see, both Apple and Lenovo are excellent, reputable brands.

However, Apple tends to be on the pricey side, so Lenovo can give you more bang for your buck. If you want unbeatable customer and tech support, though, then Apple may be a better choice.

Looking for more tech guides like this to satisfy the geeky side of you? Then be sure to check out our latest news and blog posts! 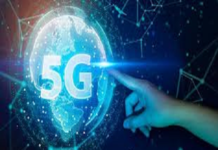 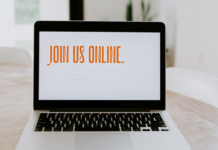 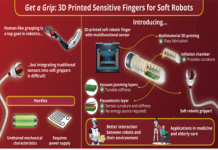 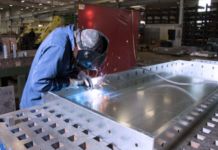 Sheet Metal Fabrication: What Is It And How It Works?