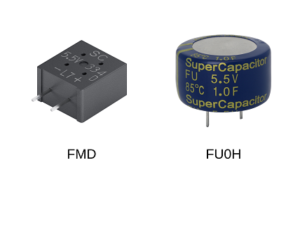 KEMET announces its new high-performance supercapacitors for automotive electronics, the FMD and FU0H series. These series deliver 1,000 hours at 85°C/85% RH-rated voltage and operational temperature ranging from -40°C to 85°C. The FMD series offers the highest lifetime with up to 4,000 hours. These supercapacitors are qualified to an automotive testing protocol. These capacitors are manufactured in an ISO TS 16949 certified plant and are subjected to PPAP/PSW and change control. They are ideal for automotive applications needing a main power system backup during a power loss, such as ADAS, autonomous vehicles, and central gateway ECUs. Supercapacitors are ideal for maintaining the main power system’s real-time clock or volatile memory when it is removed, such as during a power failure or when the main power system’s battery has been removed for replacement. Additionally, these supercapacitors offer power backup in equipment ranging from IoT devices, smart meters, medical devices, and industrial computing.

Using supercapacitors for automotive electronics enables freedom from the design limits imposed by finite battery lifetimes. The supercapacitor’s benign open-circuit failure mode contrasts with typical short-circuit battery failures that may result in outgassing or ignition. Furthermore, supercapacitors are a cost-effective alternative to small backup batteries. Depending on the type of load and current demand, they can store enough energy to provide backup for durations ranging from a few seconds to several hours.

KEMET’s miniature supercapacitors use a proprietary aqueous electrolyte solution that provides high durability against liquid leakage, vibrations, and thermal shock, thus high reliability in harsh environments. Aqueous electrolytes are highly conductive, have a low environmental impact, and are non-toxic and non-flammable. Unlike a battery, supercapacitors store and release energy quickly through physical adsorption and the ions desorption in the electrolyte between its electrodes.  With the supercapacitor’s low internal resistance, these devices can fully charge within a few seconds. In contrast, a secondary battery cell can take from ten minutes to several hours to fully charge. Moreover, there is no theoretical limit to the life cycle, whereas a lithium-ion secondary cell has a finite lifetime of about 500 cycles. They also typically have a greater resistance to moisture absorption than organic compounds, resulting in a longer life with better stability.

According to an Allied Market Research report, the global supercapacitor market generated $3.27 billion in 2019 and is estimated to reach $16.95 billion by 2027, with a CAGR of 23.3% from 2020 to 2027.* An increase in demand for automotive applications, renewable energy systems, and supportive government regulations is boosting the growth of the global supercapacitor market. 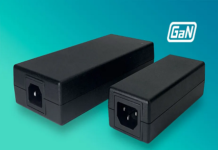 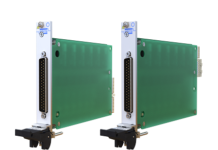 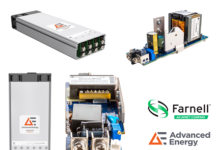 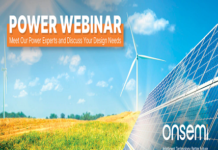 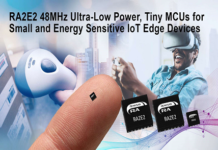 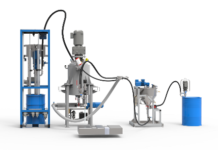 Application of Thermally Conductive Potting Compound in the Automotive Industry