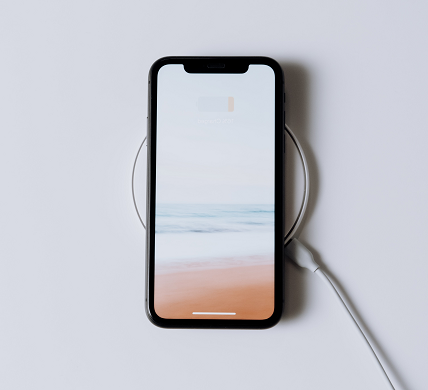 Wireless phone charging is currently all the rage worldwide, given its ability to deliver energy from a single power source to the phone without requiring wires or any connections. The charging station gives out energy, on the other hand, a receiver (in this case, the phone) takes in the energy to charge the battery. To charge phones, wireless charging is one of the most convenient, safe and dependable methods. Plus, with the elimination of physical wires and connectors, it is able to offer cost-effective, safety and efficiency advantages compared to the conventional charging systems.

Wireless phone chargers are precisely the batteries present in the device not connected to the phone through the cables. Wireless charging or inductive charging, a cable-free technique of charging electrical devices help charge the battery-induced phones, without the need for a power connection. The electromagnetic waves help deliver the energy from the wireless phone chargers right to the phone and the entire charging process is carried out effectively.

The key requirement of the portable electronic devices that are based on IoT (internet of things) includes wireless phone chargers. This technique of charging phones is convenient and also safe as well as reliable. Other than this, these types of chargers are portable and are easy to carry anywhere and anytime. This is a significant factor raising the demand for wireless phone chargers and the market’s sharp growth over the years.

A host of advantages associated with wireless phone chargers include:

Wireless phone charging, as the name suggests, means no physical wires and cables. It can be done from anywhere, whether bedside table, or desk, or even in car. Various furniture brands are currently working on creating wireless charging integrated into the furniture pieces, which eliminates the need for a countertop or a charging mat on the table.

With the phone facing up while on the mat, the charging can take place. That’s how convenient it is.

A Single Cable is Required

For wireless charging the phone, all that is required is a single cable that has been plugged right into the charging mat, with no need for multiple cables for different devices. Additionally, the Qi wireless charger (universal standard) is compatible with almost every phone. Therefore, wireless charging the iPhones will require the same procedure for Androids as well.

Once the phone has been completely charged/powered, the wireless charger shuts off on its own, leading to saved energy. This also ensures safer charging, and now worry regarding the overheating of the battery.

Charge from Any Location

Wireless charging mats are now a common sight in many of the commercial places, including restaurants, coffee shops, and hotels. These are highly secure compared to the wired chargers being plugged into the phone in unfamiliar points.

A Few Disadvantages of Wireless Phone Chargers Include

Wireless phone chargers are relatively new and are therefore, available at a significant price, especially when compared to wired cables. This could be a huge deterrent for its demand in the market, with only premium consumers emerging to be the niche end-users.

Phone Can’t Be Used While It is Being Charged

Wireless charging generally takes up to 20-70% longer to completely charge the phone compared to a cable.

Forbes recently revealed in a new study that around 60.8% of the worldwide population uses Internet, which means up to 5 billion Internet users.  This figure can be majorly credited for the mounting number of phone users around the world, a number which was a whopping 8.314 billion in 2016, says the World Bank. This figure seems to be mounting incessantly since then.

More than half of the smartphone and internet users in the world reside in Asia Pacific, where the market for wireless phone chargers could showcase remarkable growth in the next several years. China alone houses over 900 million Internet users, out of whom 97% are smartphone users, reveals Forbes.

The wireless phone chargers industry is inundated with numerous firms that compete against each other for a higher business standing. Many of the manufacturers constantly strive to implement marketing strategies, such as partnerships, launch of new products, and joint ventures, to spark the interest of a higher number of audiences.

NXP Semiconductors, Infineon Technologies, and Samsung Electronics Co. Ltd. are some of the biggest names in the wireless phone chargers market. These brands offer highly advanced chargers at affordable costs, catering to the ever-rising consumer demand worldwide. They invest in research & development activities to elevate the product’s quality and features. Other strategies include mergers & acquisitions to strengthen their market position and be counted among the leading top wireless phone charger firms in the world.

To cite a reference, in January 2022, Kodak, the renowned photography brand based in the US, is teamed up with Georgian Enterprises (India) for the launch of wireless chargers for use on Apple iPhone 12 and iPhone 13 series in the Indian market. The Kodak Wireless Magnetic Car Charger has an intelligent charging chip that provides an optimized output of 15W. It contains high protection properties including overcurrent, over voltage, overcharging, and overheating.

Although wireless phone charging is slow to gain popularity owing to its lower efficiency compared to wire chargers, its convenience is its unique selling point. Its convenience factor lays entirely on the absence of a wire. Repeated use of a charging cable leads to wear & tear, not only on the cable and the smartphone too. With a soaring number of consumers increasingly becoming aware about wireless chargers’ benefits, the demand has been mounting as well. This is a clear indication of how promising the wireless phone chargers market could be in the years to come. 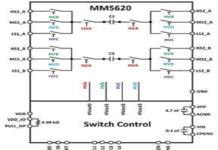 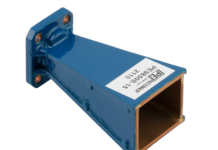 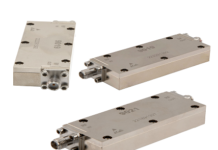 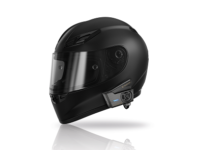 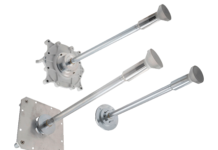