In his inaugural speech, PM discussed 6 key points on, why semiconductor investors should invest in India? Below are the excerpts:

Applied Material is a leading semiconductor and display equipment supplier in the world. Addressing the SEMICON 2022 virtually from the US, Dr Prabhu Raja the senior VP, Semiconductor Products Group, Applied Materials, announced their next phase of expansion in India of Rs 340 Cr to scale the company’s infrastructure.  Sharing the company’s plans, he said, “in coming` 5 years company expect to invest Rs 1500 Cr in product development and validation centre which will include a dedicated campus additional talent and development labs”.

To turn the dream into reality, the government introduced the below collaborations.

SEMI is a global association, headquartered in Milpitas, California, USA, and comprises more than 2,500 member companies involved in the semiconductor, electronics design and manufacturing supply chain. It fosters innovations in materials, design, equipment, software, devices, and services for affordable electronics. While ELCINA is the premier trade body committed to the development of the Indian Semiconductor and the ESDM ecosystem. Under this MOU the two associations will identify potential opportunities in the upcoming semiconductor and microelectronics sector, and work to realise the potential.

MOU between CDAC and Qualcomm to support semiconductor design startups, in line with the objectives of the PLI scheme

Qualcomm India in a collaboration with the C-DAC, an autonomous scientific society of the Ministry of Electronics and Information Technology will provide and facilitate mentorship, technical training, and industry outreach.

Under this, the All India Council for Technical Education (AICTE), SEMI andIndia Semiconductor Mission the collaboration will focus on things necessary to nurture future semiconductor professionals. Like, such as creating futuristic curriculum and training faculty members in designing and skill-related courses. AICTE has already startedundergraduate and diploma level courses to support the semiconductor industry. These courses are going to be enrolledthis year. These will specialise inVLSI design and fabrication.

The second day witnessed the design and co-development agreements.

On 27th April 2022, the government of India announced the Digital India RISC-V (DIR-V) program which aims to achieve industry-grade commercial silicon and design for the next generation of microprocessors

DIR-V has announced five MoUs for the use of indigenously developed RISC-V Processors -SHAKTI developed by IIT Madras and VEGA by C-DAC.

The concluding day of SEMICON 2022 started with the remarks of Mr Rajeev Chandrasekhar, addressing the veterans he said “In the past, the world heard Intel Inside, in the future, the world should hear Digital India Inside”.

Following multiple MoUs were announced in the backdrop of Semicon India 2022:

Apart from milestone MOUs, MeitY announced, that Prof. Rao Tummala from Georgia Tech University, USA has consented to be a part of the Advisory Committee of India Semiconductor Mission.

The event was not only confined to MOUs and pacts. Several panel discussions, product overviews and company leaders’ vision and mission toward making India self-reliant in the semiconductor field, discussion on realising several technologies were part of it. The complete videos are available on the “Digital India” YouTube channel. 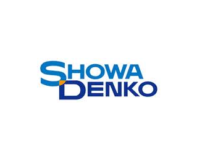 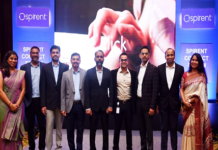 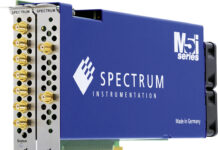