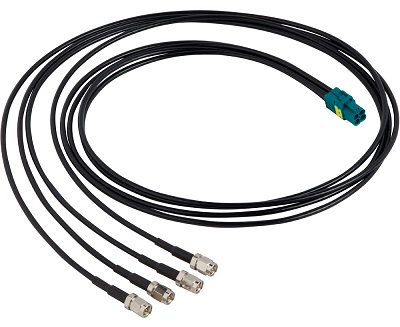 multi-port-mini-fakra-breakout-cables | Amphenol RF is pleased to expand its cable assembly portfolio with fixed length AUTOMATE Type-A Mini-FAKRA quad-port jack to (4) SMA plugs or jacks designed on low loss TFC-302LL cable. These pre-configured assemblies provide a highly flexible end-to-end solution allowing PCB to devise connections without tooling or additional assembly. The AUTOMATE to SMA breakout cables is ideal for not only automotive applications but are well-suited for use in the industrial IoT space where there is currently a considerable shift towards autonomy. These cable assemblies are available off-the-shelf making them ideal for lab use and in the early stages of product development.

The AUTOMATE Mini-FAKRA connector is engineered with a compact modular housing and quad-port configuration which offers a space savings of up to 80% compared with traditional FAKRA. The Z coded connector is universally keyed which ensures interpretability with all other mini-FAKRA key codes. A frequency range up to 9 GHz makes it ideal for high-bandwidth cameras and other data transmission applications. The snap-on interface is an automotive industry standard and provides for quick and easy mating and unmating. Likewise, the threaded coupling mechanism of the SMA connector provides secure locking.

View All: AUTOMATE Type A to Mini-FAKRA to SMA Cable Assemblies 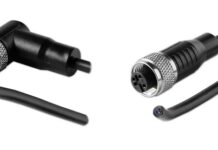 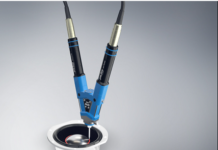 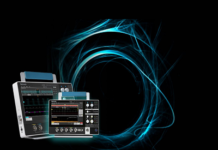 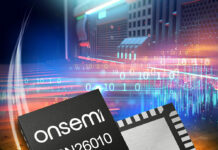 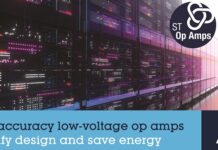 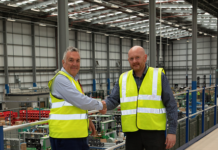