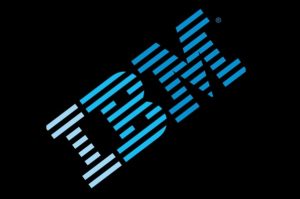 IBM, announced that SAB Holding, an industrial conglomerate headquartered in Jeddah, Saudi Arabia, has selected IBM Cloud to host its mission-critical SAP applications. IBM Cloud’s SAP-certified infrastructure will provide SAB Holding with the agility and speed the company needs to keep pace with business demands, while helping accelerate its business processes and fully leveraging its business data for better decision-making.

SAB Holding’s construction services subsidiary (RCC) was at a disadvantage for operating finance, payroll and inventory across multiple different systems. Time played a critical role for SAB Holding because the implementation needed to be completed within a tight timeframe for a major project.

With the new solution, SAB Holding benefits from a highly available IBM Cloud infrastructure that’s fully-managed by a team of experts at IBM’s cloud data center in Germany and backed by IBM’s global network spanning 19 countries and six continents. By hosting its workloads on the IBM Cloud, SAB Holding not only enjoys a highly secure environment but can scale instantaneously to accommodate the growth of its data.

Since the implementation, SAB Holding saw a decrease in the time spent managing its IT environment and launching new applications. SAB Holding employees also benefit from the new, automated processes for gathering month-end closing and status reports and can more efficiently leverage their data to make faster, better business decisions.

“Time constraint was a major challenge for us. By selecting the IBM Cloud, we were able to launch our mission-critical SAP-based ERP applications in a timely and seamless manner, without disrupting our business,” said Dr. Hatem Bakheet, CEO of SAB Innovation. “We are very pleased to have a leader in the cloud space such as IBM to support us with this transformation which will surely contribute to positive business outcomes too.”

“In a traditional IT environment, businesses may face a variety of challenges such as complex environments that can’t scale quickly or even a shortage of specialized skills,” said Tarek Zarg El Aioun, COO, IBM Saudi Arabia. “IBM Cloud will not only deliver the flexibility and scalability the business needs, but will enable SAB Holding to have its technology subsidiary focus on highly strategic initiatives, while IBM handles the day-to-day management of the cloud.”