5G networks require high-speed, point-to-point communication at millimeter-wave frequencies. The explosive increase in ultra-dense 5G infrastructure systems required to accommodate high-speed mobile data traffic and Internet of Things data is fueling a demand for low-cost, robust and reliable RF subsystems. These include compact and reconfigurable antennas that can be integrated on urban buildings and street furniture with minimal deployment cost.

At millimeter-wave frequencies between 30 and 300 GHz, severe path loss must be compensated through high-gain antennas enabled by transmit-array designs. Leveraging its expertise in antenna design, CEA-Leti previously collaborated with Radiall on transmit-array technology development. This collaboration resulted in a V-band (57-66 GHz) high-gain (32 dBi) antenna delivering up to 20 Gb/s that Radiall added to its product line.

Multi-source transmit-array architecture is a promising solution to address this challenge because it minimizes the thickness of the antenna, while maintaining stability of the antenna gain over the entire bandwidth and controlling the sidelobe levels.

“Radiall and CEA-Leti launched a five-year common lab to create a sustained task force that will work on accelerating the development of high capacity and high coverage antennas to quench the world’s thirst for reliable and high-speed telecommunications, including 5G generations and beyond,” said Leti CEO Emmanuel Sabonnadière. “The goal is equally to extend the scope of collaboration to other technology development, such as RF filters or photonics components to interconnect 5G network systems.”

“The combined creativity of CEA-Leti research engineers and Radiall R&D/ production engineers to develop state-of-the-art products at competitive pricing was clearly demonstrated in the V-band antenna development,” said Radiall COO Dominique Buttin. “This joint lab provides Radiall with access to CEA-Leti’s broad expertise in microelectronics and RF technologies, which helps position us to deliver innovative products for 5G and vertical markets such as aeronautics and transportation at an ever-increasing pace.” 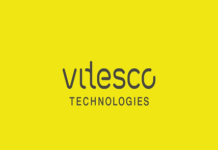 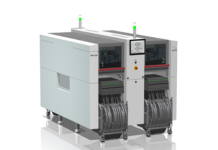 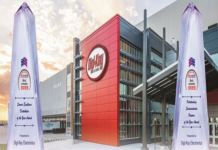 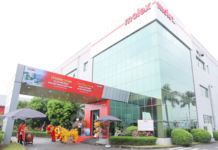 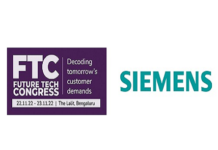