Factors to consider while working with LiDAR

Most people are familiar with radar that uses radio waves to detect objects some distance away. LiDAR provides similar functionality but uses infrared (IR) light instead of radio waves and is often used to complement image sensors to provide high-resolution depth information for a scene, much higher than what radar can provide.

As vehicles are becoming more advanced, LiDAR is proving to be a useful technology to allow vehicles to understand their surroundings. While this comes naturally to human drivers, autonomous vehicles including cars, vans and even small delivery robots, rely on LiDAR for depth sensing.

Other areas benefit from LiDAR, especially as its ability to quickly generate large-scale and accurate 3D depth maps can replace days of work with conventional surveying approaches. Farmers often use the technology to assess crop performance and determine the efficacy of pesticides and/or fertilizers. They also use LiDAR to measure the contents of tanks and/or silos without requiring contact with whatever is being stored.

With greater awareness of environmental issues, LiDAR can help in monitoring the shrinkage of glaciers, the extent of deforestation or the coastline regression rate. As LiDAR can be small and portable, it can be fitted to drones, allowing surveys to be completed without the need for people to access potentially dangerous areas, such as crumbling cliffs.

LiDAR is also valuable indoors. In smart factories where robots operate their movement can be controlled by a LiDAR based system, ensuring that they operate in a safe manner with consideration for their human co-workers. LiDAR is also used to help automated guided vehicles (AGVs) to navigate factories and warehouses, taking their loads to the required place efficiently and safely.

Direct Time-of-Flight (dToF) LiDAR is the simplest approach, using an IR laser light pulse, a receiver and a timer. The pulse is sent and the timer is started. Once the echo is received the timer is stopped to give the time-of-flight (ToF). As the speed of light is known, simple arithmetic allows the distance to the object to be calculated with ease and accuracy.

Figure 1: dToF calculations use the speed of light and time to calculate distance

A useful feature of dToF is the ability to capture multiple echoes, thereby detecting several objects. It is highly flexible and is accurate over distances from centimeters to several hundred meters.

In another technique, known as indirect ToF LiDAR (iToF), the laser emits a continuous wave of light. The phase of the transmitted beam is compared to the echo beam to determine distance. While commonly used, iToF is limited to short distances of up to ten meters and is not capable of detecting multiple objects as only the strongest echo is captured.

Frequency modulated continuous wave (FMCW) LiDAR also uses a continuous wave of laser light. The transmitted wave is mixed with the echo and the resulting beat frequency is used to determine the distance of the object. FMCW is used for short- and long-range applications. However, its greatest limitation is the cost of the tunable laser that is required. This alone makes it the most expensive technique discussed here.

Other than selecting the LiDAR technique to be used, designers also have to make a decision about the wavelength of IR light the system will be based upon. The choice is between the near infrared (NIR) spectrum (common wavelengths are 850nm, 905nm, and 940nm) and the short-wave infrared (SWIR) spectrum (the most common being 1550nm) and, when making their choice designers must consider system performance, component availability and system cost.

Most often, NIR is the preferred wavelength. While SWIR detectors are available, they are based upon expensive III/V semiconductors such as InGaAs alloys while NIR detectors can use low-cost CMOS-based silicon detectors. Also, as lasers move from edge-emitting lasers (EEL) to vertical cavity surface emitting lasers (VCSEL), the ecosystem availability of NIR suppliers of VCSELs vastly outnumbers those emitting SWIR wavelengths.

In good weather SWIR can outperform NIR due to its capability to output a higher amount of eye-safe laser power, but SWIR light is absorbed by moisture, meaning that the performance degradation seen in SWIR LiDARs in adverse weather like rain or fog is worse than the degradation seen with NIR LiDAR.

In terms of costs, based upon an independent survey from IHS Markit, NIR currently costs around $4-$20 per channel for the detector and illumination components while the corresponding cost for SWIR is around $275 per channel (Amsrud, 2019). As there are few real benefits in using SWIR over NIR, this is one of the most compelling reasons to choose NIR for LiDAR designs.

The two most important components of a LiDAR system are the laser and the sensing element and each has a role to play in system performance, especially the distance over which the LiDAR will operate successfully. The laser power is limited by IEC60825 to ensure that it is safe in operation, meaning that the sensor is critical to system performance.

Silicon photomultipliers (SiPMs) have replaced earlier types of sensors used as photodetectors for LiDAR such as avalanche photodiodes and PIN photodiodes, primarily due to their performance. These high-gain devices have a stable performance over temperature and are able to detect single photons of light, offering the highest signal-to-noise ratio. SiPMs are produced using high-volume CMOS processes, thereby achieving the lowest detector cost.

One such CMOS process is the RDM SiPM process, which was developed by ON Semiconductor® to achieve excellent levels of sensitivity to near-infrared (NIR) light. This process achieves market-leading 18.5% photon detection efficiency (PDE) at 905nm wavelengths where the responsivity is greater than 100 kA/W. The ArrayRDM-0112A20-QFN – a monolithic 1×12 array of 0.47mm x 1.12mm SiPM pixels – is the industry’s first automotive-grade product and is based upon this process for LiDAR applications.

The array ensures that LiDAR systems are able to operate over long distances, even with low reflectivity targets, as it is able to detect single photons of light being echoed by the target from 12 channels simultaneously. Designed in accordance with IATF 19649, the device is the first of its kind to carry AEC-Q102 approval, enabling its use in all types of automotive LiDAR systems.

It is conveniently packaged in a robust 10mm x 5.2mm QFN package that gives access to the twelve individual pixels.

As LiDAR can determine depth of single objects or large areas quickly and accurately it is highly useful in a wide range of applications, from automotive to agriculture, and more.

LiDAR operates in a similar way to radar, but replaces the radio waves with IR light. Designers have choices as to which wavelength to use but based upon performance, component availability and commercial considerations, NIR is the preferred wavelength.

For LiDAR, the laser light source is a key component but ultimately has to output short laser pulses at the intended power. So, the selection of detector has an even more meaningful impact upon the performance of the system. The latest SiPM array from ON Semiconductor is the first such detector to carry AEC-Q102 approval for automotive applications and offers excellent detection performance for a wide variety of challenging applications. 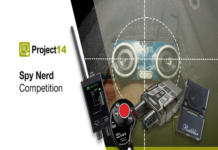 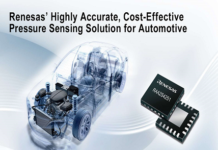 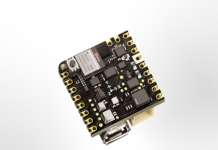 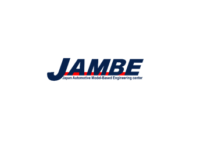 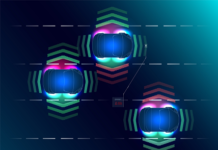 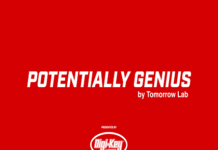 Atlas Copco has acquired a French Distributor of Compressors