The MIPI Alliance has released a layered system of debug and trace specifications for mobile development in the Internet of Things (IoT), automotive, 5G and other application areas, but that’s really only the start of the story.

Ultimately, the standard framework and protocol specifications to debug, troubleshoot or fine-tune devices are just pipes. It is what comes through the pipes that is the crucial, moneymaking opportunity from which original equipment manufacturers (OEMs) and silicon providers can derive real value.

MIPI recently made its debug specifications publicly available, with the goal of encouraging the creation of software tools and a robust ecosystem around a standardized debug and trace environment for mobile devices and beyond. Developers may take advantage of flexible tools that they can utilize across whatever kind of components use and do not incur the costs and complexity of retooling and retraining across a disjointed development environment. And they are freed to focus their energies and investment on developing tools that interpret data, help their throughput and drive bottom-line benefits.

Across the Full Stack

In today’s mobile environment, the use of the legacy, familiar methods of probing buses and signals with dedicated, proprietary debug and test equipment across layers is impractical. There are so many different components working together that the system of debugging quickly becomes disjointed, complex and costly. In addition, non-standard, proprietary debug solutions lead to vendor lock-in, which limits developer flexibility and also hinders cost effectiveness.

While supporting legacy interfaces and protocols as fully as possible, the MIPI Debug Working Group seeks to define and unify debug solutions for mating connections, pin assignment and electrical characteristics; reuse debug functional interfaces and protocols, and develop debug/trace protocols and associated software layers for highly integrated systems. MIPI offers debug and trace specifications that work together across the full stack, and developers who have adopted them as alternatives to using dedicated equipment have successfully cut costs and streamlined the development of high-quality products. The entire portfolio is publicly available for download:

In addition, MIPI Debug for I3C, a specification for transporting debug controls and data between a DTS and TS, is in development and scheduled to be publicly available in 2020.

This is emblematic of how the MIPI Debug Working Group is encouraging the growth of a whole ecosystem of “adoption aids” around its debug and trace specifications. The working group, of course, seeks input on use cases to feed incremental improvement of the specifications themselves (and plans to focus on use cases such as automotive and the IoT to better understand their unique debug needs). But the working group’s greater emphasis today is on enabling OEMs, silicon providers and everyone who actually uses the MIPI specifications to take them further via tooling. Users are encouraged to work with tooling vendors on possibilities for leveraging the data yielded—such as the instruction execution sequences for embedded processors, data bus transactions made by embedded processor cores, snapshots of transactions on system interconnects or streaming output from instrumented application code. 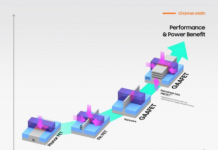 Position Sensor Market- everything you need to know about