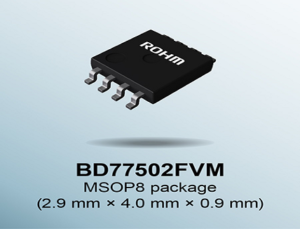 The proliferation of the Internet of Things (IoT) in recent years has led to a significant increase in the number of electronic components used for advanced control in a variety of applications. This trend towards greater electronics density is leading to noisier environments, making it extremely difficult to implement designs with electromagnetic compatibility (EMC). Op amps play a critical point role because they quickly amplify small signals (from sensors) in many detection systems that provide safety. In addition, printed circuit board design can also be problematic for conventional op amps that are susceptible to oscillation due to capacitive loads (i.e. from wiring).

To mitigate noise issues common with conventional op amps, ROHM has developed the EMARMOUR series featuring superior noise tolerant op amps. The first groundbreaking member of the EMARMOUR family was the BD77501G single channel high-speed CMOS op amp that leveraged the original Nano Cap technology to prevent oscillation caused by load capacitance. This product has been well-received by many engineers in a variety of fields and regions, and our latest 2 channel version was developed to meet increasing market demands.

The newest BD77502FVM integrates two op amp devices that prevent oscillation (i.e. due to wiring) while providing high-speed amplification with slew rates up to 10V/µs and breakthrough immunity to electromagnetic interference (EMI). The output voltage across the entire noise frequency band is limited to under ±20mV, which is 10x lower than a conventional op amp. High-speed signal amplification is now achievable without being affected by external noise or load capacitance when used in devices that output small signals such as sensors, thus improving reliability while simplifying circuit designs.

EMARMOUR is ROHM’s unique brand to identify its products that leverage proprietary technologies covering layout, processes, and circuit design to achieve ultra-high noise immunity. This technology limits output voltage fluctuation to less than ±300mV across the entire noise frequency band during noise evaluation testing under the international ISO11452-2 standard. This unprecedented noise immunity reduces design resources while improving reliability by solving issues related to noise in the development of a variety of systems.

The BD77502FVM, which expands the EMARMOUR lineup that delivers unmatched noise tolerance, builds upon the 1ch ground sense CMOS op amp BD77501G widely adopted in the industrial equipment market by offering high-speed operation and preventing oscillation due to load capacitance. And in addition to the following features, the 2ch design supports market demands for more compact board designs.

Original Nano Cap power supply technology is used to achieve extremely stable control, making it possible to completely eliminate oscillation caused by load capacitance (i.e. due to wiring) while supporting high-speed amplification (high slew rate: 10V/µs) required in anomaly detection and other systems. Unlike standard op amps that can be difficult to use due to restrictions imposed on the wiring and peripheral components resulting from instability caused by load capacitance, ROHM’s new op amp prevents oscillation to ensure stable operation and facilitate application design.

Whereas the output voltage of conventional products can fluctuate by ±200mV or more across the entire noise frequency band, ROHM’s latest EMARMOUR™ series op amp achieves unprecedented noise immunity that limits variation to less than ±20mV. This eliminates the need for countermeasures (filter circuits) for each noise frequency, reducing the noise design resources for sensors (which play an important role in a variety of systems) while improving system reliability.

…and other industrial and consumer applications requiring high-speed signal transmission and amplification without worrying about load capacitance.

What is Nano Cap ?

Op amps (operational amplifiers) are designed to amplify input signals. They are typically used to amplify minute signals, such as those output from sensors, to a voltage level that can be recognized by an MCU.

Comparators, which are often introduced with op amps, are commonly employed to determine the threshold value of input signals. They output a High/Low signal after performing threshold judgment of the sensor output signal.

EMI immunity is a parameter indicating the degree of tolerance to ambient noise. Noise generated in the environment can cause malfunction in systems with low EMI immunity, making it necessary to take protective measures such as incorporating filters (i.e. resistors/capacitors) or shields (metal plates). In contrast, high EMI immunity ensures stable operation without worrying about the effects of noise, providing a significant advantage by virtually eliminating the design resources for noise countermeasures. 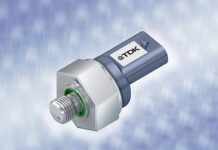 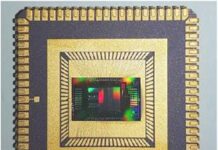 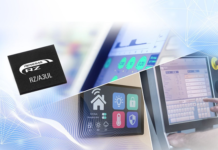 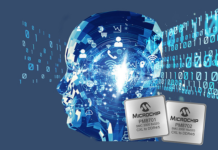 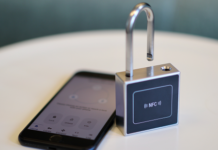